Peeved at the decidedly average 2012/13 season their side have muddled through this term, a group of Rapid Vienna fans staged a protest at the club’s general offices in the Austrian capital by building a brick wall across the entrance to prevent management from going into the building… 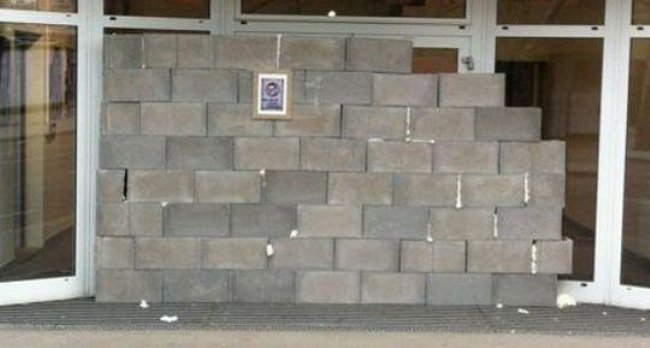 The group of Rapid Ultras built the wall over Sunday night and hung a photo of general manager Werner Kuhn upon it, with the message underneath reading: “I’m not allowed in.”

Rapid are currently third in the Austrian Bundesliga and it looks like that’s where they’re going to stay, seeing as thought they’re a whopping 23 points off FK Austria Wien at the summit and 17 off Red Bull Salzburg in second – and that’s if WAC, who are two points behind Rapid in fourth spot, don’t catch them in the remaining six games.