Other than that pitch in Brazil with the tree in the middle of it, we think we may have just stumbled upon the strangest regularly-used football pitch in the world.

The cock-eyed pitch sits next to the River Saale in the picturesque Gröna district of Bernburg in eastern Germany and belongs to hometown side SV Sportlust Gröna, who play in the Der Kreisklasse league.

As you can see from this satellite image, it’s a little bit pissed… 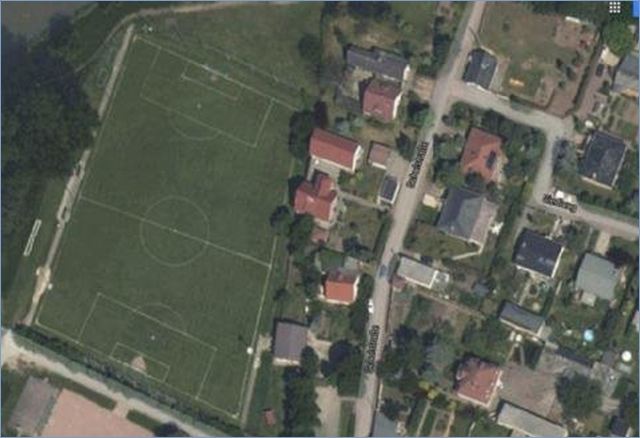 “I’ve known of the satellite images for some time. It is just like that!”

“One side of the playing field is 10 metres longer than the other, the goals do not face each other and even the half-way line is not in the middle.”

“We have always hoped to play in the second half in the direction of larger half, as the half was larger and thus the chances were easier to produce.”

However, after the image of Sportlust Gröna skewiff pitch went viral yesterday, an Imgur user from Sao Paolo was quick to blow the German side out of the water with a whole album’s worth of photos of the various wonky pitches located in and around his neck of the woods… 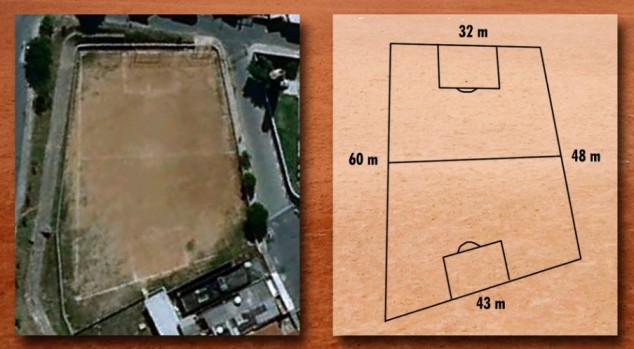 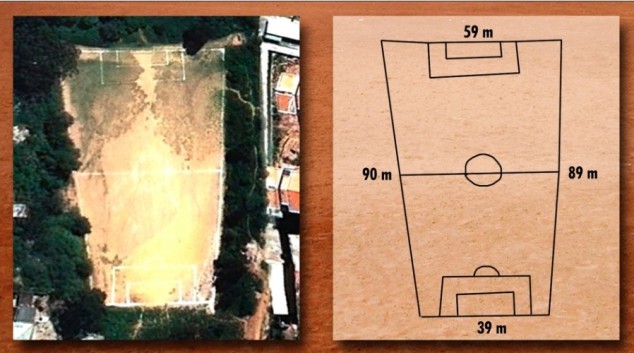 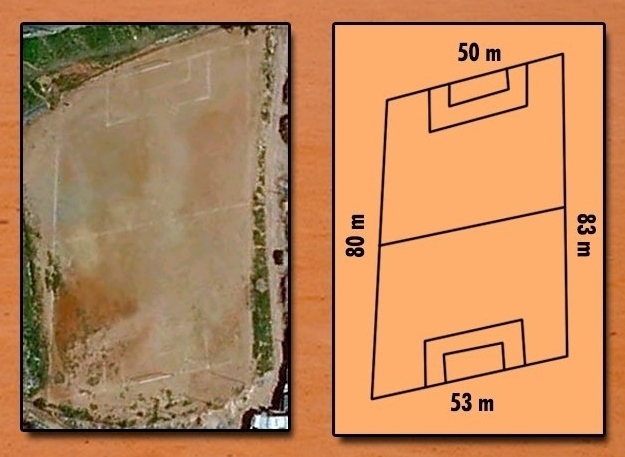 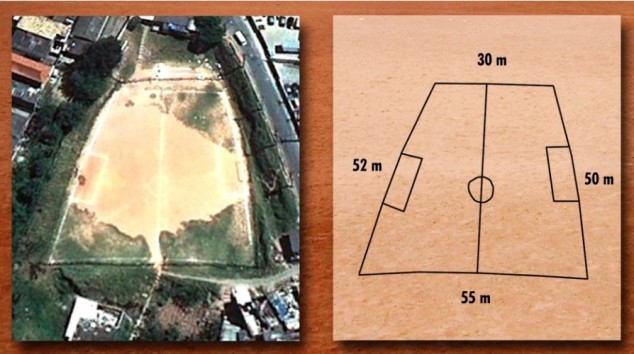 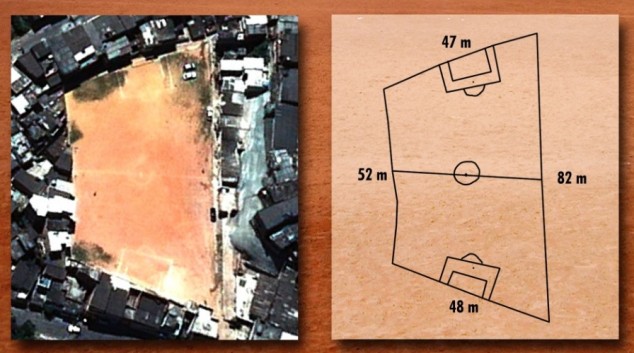 Ladies and gentlemen, we have a winner.