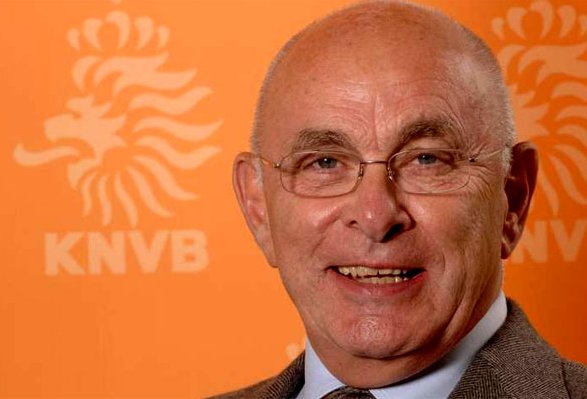 According to Goal.com, the chairman of the Dutch FA (or the KNVB if you’d prefer), Michael van Praag – that be him above – is in the process of reporting EA Sports’ FIFA 13 computer game to FIFA after receiving complaints from parents over the way players behave toward the referee in the computer game.

“I responded to the request of many parents to change the way players react to referees on the FIFA PlayStation Game,” Van Praag prattled on his Twitter account.

“I did so by mentioning the problem at the FIFA Associations Committee. They will deal with it. A lot of parents are annoyed by it. It’s like FIFA is teaching young kids that this is normal.

“Parents have asked the Dutch FA to ask FIFA and EA to ban protesting players from the video game.”

The KNVB are yet to issue a formal statement on the matter.

We know the Dutch are a placcid people, but this is some next level pacifism. Who knows, maybe parents are concerned about their kiddiwinks seeing this kind of thing on a football pitch…