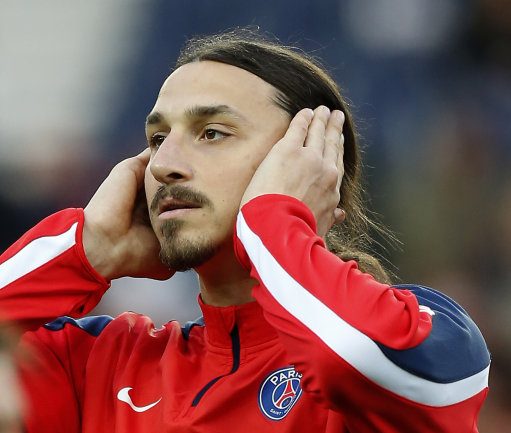 The crowds swarmed on and around the pitch at the Parc des Princes after PSG secured their second successive Ligue 1 title with a 2-1 defeat against Rennes last night (Monaco can’t catch them at the summit after drawing elsewhere), with Zlatan Ibrahimovic making his return from injury to play the final 33 minutes.

Shortly thereafter, Canal+ journalist Olivier Tallaron came close to ending the evening with several of his visceral organs removed when he obliviously stepped into the path of Zlatan’s youngest son as the PSG striker attempted to make his way through the hubbub at the entrance to the tunnel after the final whistle.

Monsieur Tallaron, you’ll never know how close to dying you came this day.