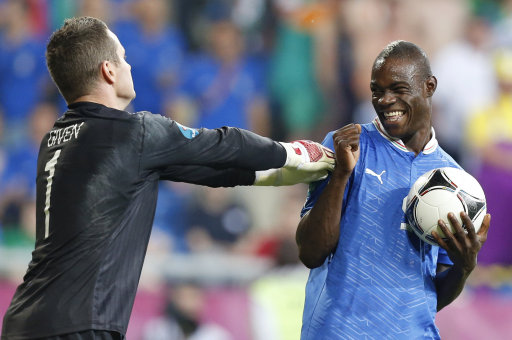 “Hurry, give me the ball. Don’t you know people are dying here?”

We’re going back a couple of days here, but a 26-year old man from the Hunan province region of China has died after pulling 11, count ’em, eleven all-nighters on the trot in a bid to watch every single match at Euro 2012. That’s dedication.

Kick-off time for the games in China is around 2:45am, and Jiang Xiaoshan (a false name is being used to protect the family’s identity) had been staying up all night to watch the football at the local bar before going to work and working straight through till the evening – resting at home until game time, before doing it all again.

The local media have confirmed that Jiang was found dead by his mother when she tried to wake him for dinner last Tuesday evening. He had returned home at 5am that morning having watched Italy’s 2-0 win over Ireland.

His friends told the Sanxiang Metropolis newspaper: “We would rest occasionally but Jiang watched every day and would not miss a single match. He must have felt tired after staying night after night.”

Liu Zhiling, a doctor from the local People’s Hospital, told the Metropolis:

“Jiang was in good health. But staying up through the night and not sleeping enough weakened his immune system and he drank and smoked while watching the football, triggering his condition. If you use beer to replace water that is not good. Alcohol harms the body,”

Let that be a lesson to you all. Remember: For every pint of warm lager you imbibe, take two Pro Plus tablets – drinking a Yakult every hour on the hour to replenish those all important L. Casei Immunitas.

That’s how Pies’ has done it for years now, and we’re strong as reinforced corned beef.