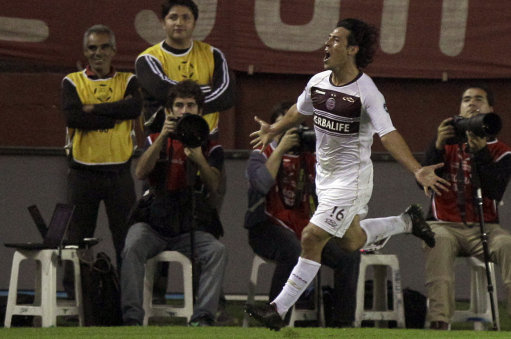 After 18 years on the lamb, the law has finally caught up with Mauro Camoranesi, who, after an unfathomably protracted court hearing, has been fined £40,000 (plus compensation, damages and fees) by the Buenos Aires Supreme Court for a particularly gruesome tackle he made way back in the primordial ooze of 1994.

The court ruled as follows: “”Even though the incident cannot be defined as intentional, it was excessively clumsy and shows a lot of roughness – an excessive and abnormal practice of the sport and an alienation of sporting rules.”

Then of Aldosivi and playing in the Argentinian regional ‘Mar del Plata’ league, Camoranesi butchered Alvarado midfielder Roberto Pizzi during a league game – a severe injury which caused Pizzi to lose 39% of the capacity in his left knee and effectively bought about the beginning of the end of his career…