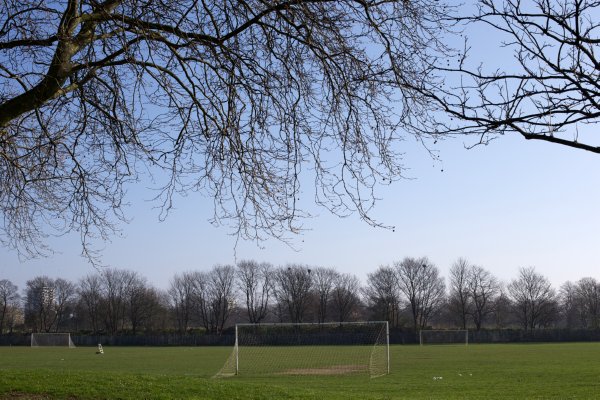 A club from the South Devon Football League have pulled themselves out of the league and ceased operating as a club entirely after one of their players attacked a referee during a recent game, leaving the official bloodied and bruised.

The game in question was the recent fixture between Torre FC and Ashburton Reserves, which had to be abandoned when one of Torre’s players (who was reportedly playing under an alias after being sent off in the previous game too) punched referee Donald Distin, a local councillor and former mayor, in the face just 35 minutes into the game after becoming incensed for some pathetic reason or another.

Sunday League Footy have a photograph supposedly showing the aftermath of the attack on Distin. It isn’t pretty.

Distin had to be taken to Torbay hospital, later telling the local press that, although he managed to escape any serious injuries, the assault had still left him in a bad way.

“They x-rayed me and I’ve got no cracked bones,” he told the Torquay Herald Express. “I’ve got bruised eyes, I can’t open one eye at all, it’s completely shut.

“I’ve got a cut lip, and there’s bruising coming out below my jaw line. I can’t eat at the moment.

“It knocked me to the ground. I wasn’t unconscious, but was a bit delirious. It took me 20 minutes to recover. The match was called off straight away.”

A police spokesman said officers were called to the pitch after Distin had been taken to hospital and, while no arrests were made, officers are still investigating the attack.

Mr Distin has since confirmed that the Torre-Ashburton debacle will be his last game as a referee, even though he was due to oversee the South Devon Cup Final next weekend.

Meanwhile, Torre FC have withdrawn from the league following the incident and have also ceased operations as a football club.

“The club has withdrawn from the league because of this and it will fold.”

“I’m getting lots of grief on football forums but this is one incident by a player who has let the whole league system down.

“I just want to express the opinion of the myself, the club and its players that we in no way condone the disgraceful actions of this individual and don’t want anybody else at the club to be tainted by his actions.

“We wish the referee a speedy recovery and to state that since the incident we have withdrawn from the league because we no longer have any credibility.”

Something tells us that the moron in question will just turn up at another club next week, play under a different ringer’s name and probably mash someone’s ankles into pâté for the fun of it.

Sadly, you don’t have to look particularly far in any given Sunday League to find an over-aggressive thug of that ilk, only out to make someone’s afternoon a complete misery.