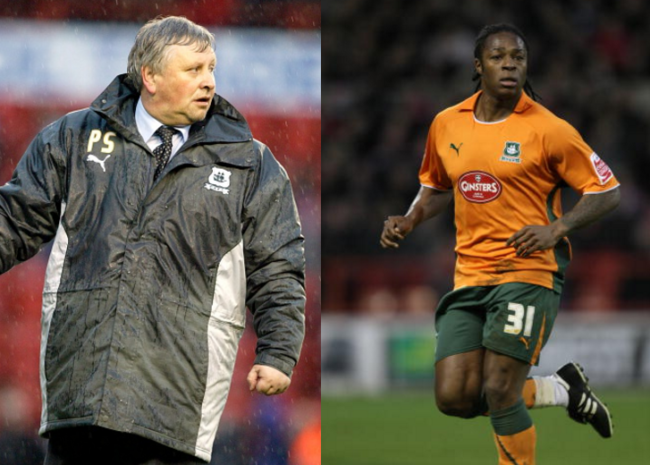 There was a time, just before the *real* money began to roll in, where Manchester City apparently made it their modus operandi to sign a sustained succession of dreadful, goal-shy strikers.

Before the arrival of Robinho changed their fortunes forever, City brought in the likes of Bernardo Corradi, Rolando Bianchi, Valeri Bojinov, Felipe Caicedo, Benjani Mwaruwari, Nery Castillo and so on and so forth – all of whom failed to make convincing contributions to the cause.

Emile Mpenza was one such striker; the Belgian international arriving from Qatar in February 2007 and spending a largely fruitless 18 months at the City of Manchester Stadium before being moved on down the divisions to Plymouth Argyle.

As revealed by former Argyle manager Paul Sturrock in his autobiography, the stocky forward was a bit of a pain in the proverbial during his solitary year at Home Park.

Mpenza only made nine league appearances for Argyle and, according to Sturrock, was hardly ever seen around the place due to his endless array of injuries.

However, of all the myriad excuses Mpenza gave for not attending training, Sturrock recalls one with a broader smirk than most…

Oo-er. Feel free to add your own ‘cock-up’ punchlines at this juncture.