With an annual budget of just £27 million, little Montpellier beat Auxerre to win their first ever Ligue 1 title on the final day of the French season at the weekend, knocking nouvelle riche fatcats Paris Saint-Germain back into second spot in the process – which meant that, courtesy of a bold wager made back in April, Montpellier’s owner, 68-year old businessman Louis Nicollin, had to do this to his hair (orange and blue being MHSC’s club colours)… 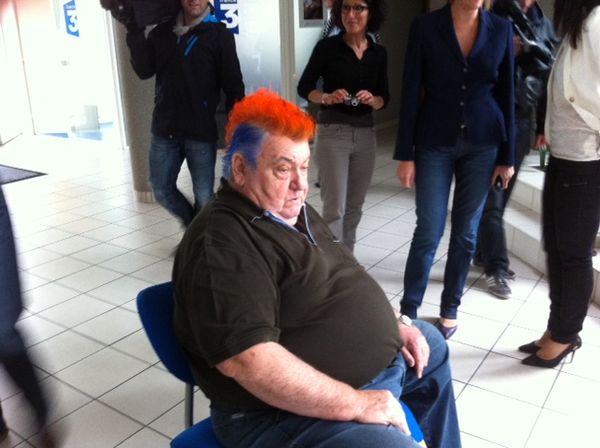 Just look how chuffed he is about it!

Asked what he wanted from the Auxerre game after Montpellier’s 2-1 win (the game was delayed three times due to fans hurling tennis balls, eggs, toilet paper and flares onto the pitch), Nicollin apparently told reporters: “I wanted one teeny-weeny point against Auxerre and now I want a t*tty f**k!”