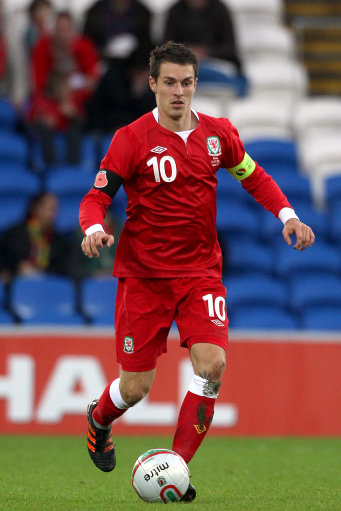 Finding a worthy replacement for Gary Speed was always going to be a tricky affair for the Welsh FA, but according to team captain Aaron Ramsey, the suits haven’t conducted the process properly at all.

Ramsey has revealed that neither he nor any of his Wales teammates have been consulted over the subject of a new boss, something that disappoints the Arsenal man.

On being asked if the Welsh FA had approached him for an opinion, Ramsey told Five Live:

“Disappointingly, no they haven’t. I’ve spoken to some of the other players as well and they haven’t been told anything.”

“Obviously in the circumstances I thought they would have contacted myself and a few other players to ask for our opinion. We don’t want to be taking a backwards step again and having a big change and players not wanting to turn up and play for their country.”

Ramsey is keen for the current coaching staff, including Speed’s assistants, Raymond Verheijen and Osian Roberts, to stay on.

However, with Sir Alex Ferguson reported to be firmly against Ryan Giggs taking the job, the question remains; just who can fill Speed’s shoes and build on his great work? Is Ian Rush a viable option? Chris Coleman? Anyone else?