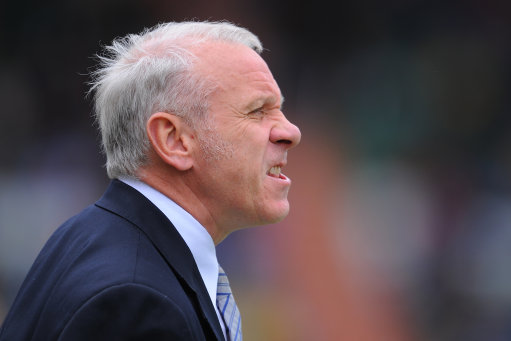 “F**king kick him, you ponce” –  Peter Reid, bringing the beautiful game to India

Trying to break the massive, all-conquering hold cricket has on India ain’t gonna be easy, but the organisers of the new Indian Premier League Soccer tournament are doing their best to get the locals interested by getting a number of ex-greats involved.

On Monday, creaking stars such as Robert Pires, Hernan Crespo, Fabio Cannavaro and Jay-Jay Okocha were among 20 foreign players to be ‘auctioned off’ to the clubs involved ahead of the tournament’s kick-off next month in Calcutta. (Just to clarify, the players haven’t been sold into slavery.)

Former Chelsea striker Crespo attracted the highest bid, US$840,000 from the Barasat franchise, followed by by Cannavaro (US$830,000) and Pires, who  was also the subject of some intense bidding, with Howrah eventually getting their man for US$800,000. Football’s very-own Phineas Fogg, Robbie Fowler, went for over half a million US dollars while that international man of mystery, Peter Reid, went for US$200,00, as a manager, not a player, by the way.

Whether or not importing a whole load of ageing, highly-paid talent is the answer to India’s footballing problems (they are currently ranked 158th in the world) remains to be seen, but with a population of over one billion people and a burgeoning economy, surely the time is right for India to starting asserting itself on the football pitch. Not sure if Reid is the man to do that, mind.

For more info, check out this report.