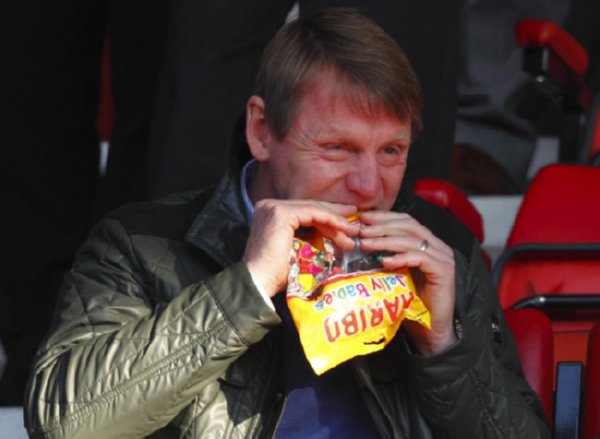 “Kids and Psychos love them so…”

Interim England manager Stuart Pearce has just announced his 25-man squad for the Holland friendly at Wembley next Wednesday – a squad that sees a couple of surprise call-ups handed out to Micah Richards and Frazier Campbell.

The squad in full (via FA.com)…

How about that, eh? No Andy Carroll.

First thoughts; With Pearce on selection duty, I’m utterly shocked at the omission of Michael Mancienne. Thought he was a shoe-in.

Elsewhere, for an ‘experimental squad’ there’s a notably high number of ‘the same old same old’ with the only truly experimental element being a player who’s played three games this season after spending 18 months out injured – with Tom Cleverly also far from back on song following a lengthy stint on the sidelines.

Micah Richards definitely deserves a re-call for his form this season after spending so long out-performing yet playing second fiddle to Glen Johnson, though whether he’ll start against Holland is another matter. I fancy Kyle Walker to get the nod from the off, with Micah coming on at half-time or something thereabouts.

Oh, and Stuart Downing is a lucky, lucky boy.

Any thoughts Pies’ fans? Anyone you’d have liked to have seen get a nod? Jack Rodwell, Micky Carrick, Joleon Lescott, The Ox, Danny Graham, etc.