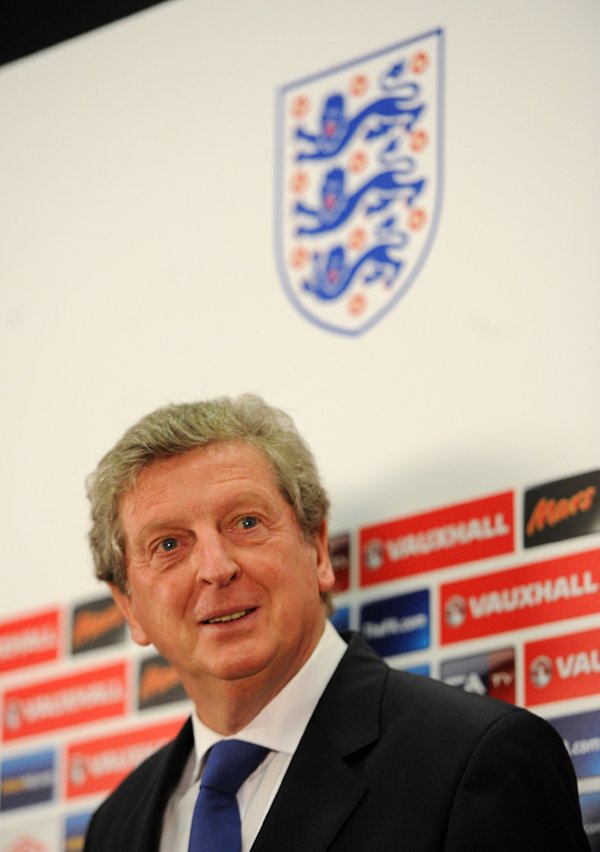 It’s official! Roy Hodgson has just been unveiled as the new England manager at a press conference at Wembley. It was announced that the 64-year old has signed a four-year contract, and will take over immediately after West Brom’s final game of the season on 13th May.

Hodgson’s deal at the Hawthorns was due to expire on 30th June, but the Baggies have agreed to release him early to give him more time to prepare for England’s stab at EURO 2012 – including friendlies against Norway (26th May) and Belgium (2nd June).

It will no doubt come as scant surprise that the press, having seen their top top triffic raison d’etre overlooked for the England post, have already got the knives out for Roy – who, instead of being welcomed into the job, was forced to field deliberately prickly questions, with one journalist even barfing forth a jibe about his playing days for Berea Park in Apartheid-era South Africa back in the mid-1970s (along with other sainted English footballing deities like Bobby Moore, Gordon Banks and Alan Ball).

Hodgson replied that he and his compatriots were ‘anti-Apartheid’ and that it was ‘unfair to go back 40 years to criticise a decision’ but that wasn’t really the point: The gurning arsehole responsible for the question wasn’t looking for any diplomacy, compassion or contrition on the subject of Apartheid – he, most likely, couldn’t care less – he was merely chipping away at the new, ‘not Harry’ England manager from the off. It was horrific. Vindictive and horrific.

The poor bastard’s not going to get a moment’s peace.