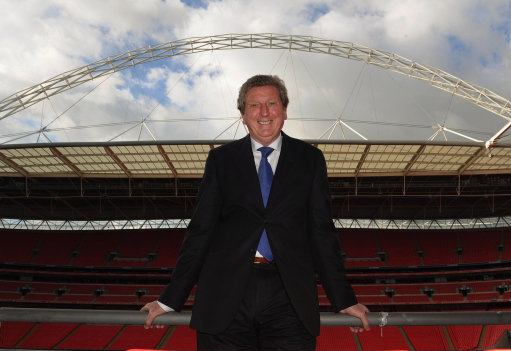 Roy Hodgson has just completed his first order of business as England manager, announcing the names of the 23 stout Englishmen he wishes to accompany him to the European Championships.

UDPATE: Gerrard has now been announced as captain. Make of that what you will. Nothing, probably.

So that’s no Sturridge, no Micah Richards, no Michael Carrick (how on God’s green Earth is Henderson on the stand-by list ahead of him?), no Peter Crouch, no Kyle Walker (injured), and no Rio Ferdinand.

First thoughts: Extremely happy to see John Ruddy given the nod, though his missus is likely to be so chuffed as he’s going to have to postpone his wedding/honeymoon in order to travel out. We’re not kidding ourselves into thinking he’ll play ‘minute one’ in Polkraine, but he’s deserving of the spot and the gesture is a welcome one.

Oxlade-Chamberlain’s inclusion is intriguing. He’ll make a good impact sub for sure; fast, direct and energetic.

Bit of a shame that Crouch won’t be going but, deep down in our heart of hearts, we knew he wouldn’t. With Carroll being preferred, here’s hoping Roy doesn’t alter England’s long-standing ‘solely reliant on corners, wide free-kicks and panicky deep crosses’ gameplan too much – it’s exactly the kind of service the Geordie battering ram will require.

See how Roy’s selection compares to Pies’ 23 here should you wish.