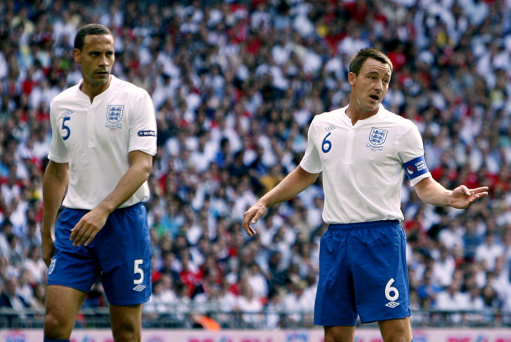 On the day that Gary Cahill had to withdraw from England’s Euro 2012 squad with the inexperienced Liverpool defender, Martin Kelly, taking his place, the ‘representative’ of Rio Ferdinand has blasted both the FA and manager Roy Hodgson for failing to pick his client. Also a close friend of Ferdinand, Jamie Moralee said:

“Lampard, Terry, Barry, Gerrard; all ageing but they go to the tournament. Why is Rio different?”

‘To treat a player that has captained and served his country 81 times (in this manner) is nothing short of disgraceful. Total lack of respect from Hodgson and the FA as far as I am concerned.”

Ferdinand has publicly admitted his disappointment at being left out of the squad for, what Hodgson claimed, were purely footballing reasons. However, am I wrong in saying that a footballer such as Rio should show a little bit of dignity and humility and accept the decision with a little bit of class, rather than whinging about it while his agent comes out with an incredibly strong attack himself?

Ferdinand, 33, last played for England a year ago, so he has hardly been a regular part of the Three Lion’s backline recently. And while, yes, Martin Kelly is hardly experienced, the Liverpool defender only got the nod after Micah Richards refused to go on the standby list. Therefore, it seems to me that a number of English footballers are rather getting too big for their boots (there’s a surprise).

As for the whole John Terry/Anton Ferdinand racism issue, it seems that Hodgson got left with a stupid no-win situation with the FA surely to blame.