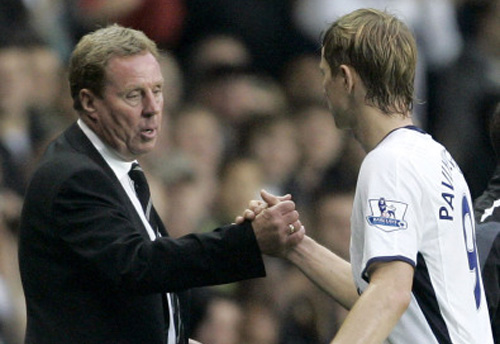 Russian readers, Harry Redknapp could be coming to a TV near you, rolling down the window of his car in a Moscow street for a cheeky interview.

The Russian Football Federation are searching for a new national team boss to replace the departed Dick Advocaat, and have even published a list of candidates on their website, with former Spurs boss Redknapp one of the targets. This comes just days after rumours that Man City boss Roberto Mancini had signed on the dotted line to become the new Russian manager were scotched when the Italian penned a new deal with the Citizens.

Would Harry be interested? At least he’d get the chance to be reacquainted with Roman Pavlyuchenko.