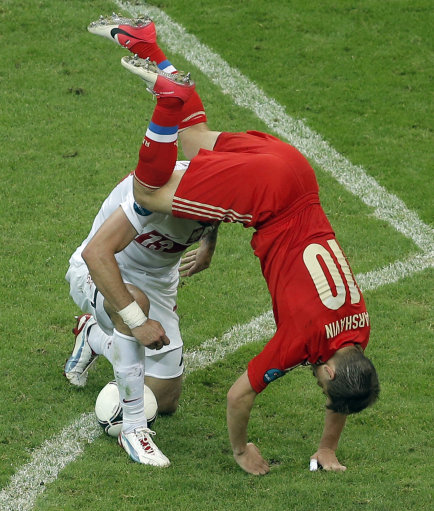 Cheeky imp Andrei Arshavin has always ‘ploughed his own furrow’ as it were, with his unpredictability both entertaining and annoying in equal measures. Now, the Arsenal playmaker will no doubt have irked the Russian Football Union after revealing on his website, before any official announcement had been made, that former England supremo Fabio Capello has been appointed as the new national team boss.

“Russia’s national coach has been appointed – he is Fabio Capello. We wish him success in his new job”, wrote Arshavin on his own personal website.

Interesting, according to the Russian footballing authorities, no decision has been made as yet, with more talks with Capello scheduled for next week.

As for Arshavin himself, his future remains undecided, with a return to Arsenal (after a loan spell with Zenit St Petersburg) still not out of the question. No doubt we’ll hear where his next destination will be first on his website, the pint-sized loon.