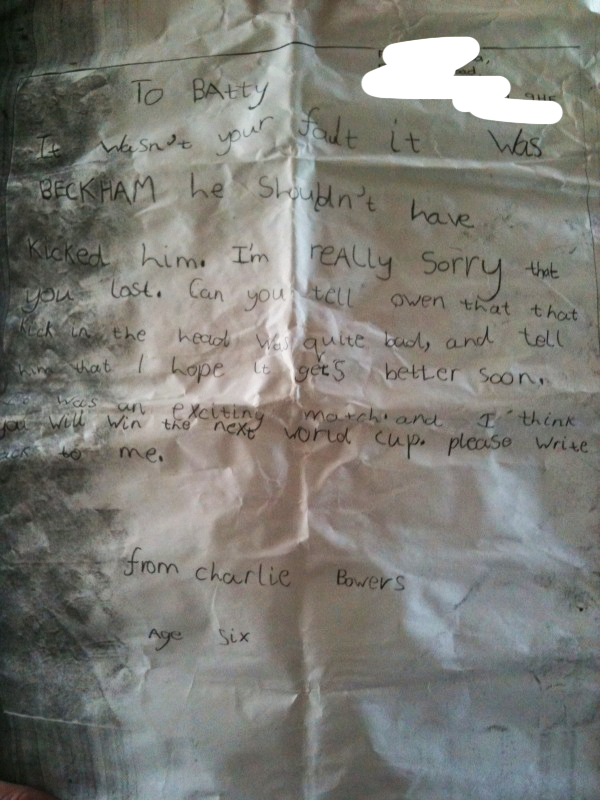 ‘Do you back him to score Kevin? Quickly, yes or no?’

All these years later, Batty’s dainty little skip after the penalty still rankles with me for some reason.

Did you know that Roa dropped out of football almost immediately after the tournament, joined a religious group on a farm in New Mexico, announced he could no longer play on Saturday’s and Sundays and claimed that the Milennium was going to bring about the end of the world?

Of course you did, everybody knows that.

Via Reddit (thanks to Pies fan Nautilus for the nudge)