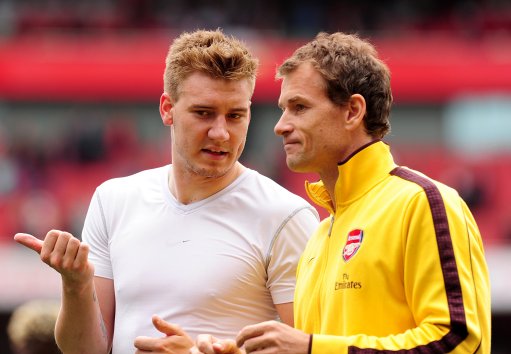 ‘Tis is being reported in German tabloid Bild that Jens Lehmann is flirting with the idea of turning out for Germany’s blind football team at the 2016 Paralympics in Rio de Janeiro.

44-year old Lehmann, who is apparently eager to win at least one recognised international title before he calls it a day, is quoted by Bild as saying: “[The Paralympics are] very interesting, as long as I am fit to go there. In any case, it’s okay to talk about it if you are interested.”

Germany’s blind football coach, Ulrich Pfisterer is also keen on taking Lehmann to Rio, telling Bild: “If Jens joined us, that would be sensational.”

While blind football’s four outfield players must have some degree of visual impairment/wear blindfolds to ensure a level playing field, the two goalkeepers are fully sighted – though they’re not allowed outside the area which, as we’ve seen in the past, is where Mad Jens does some of his best work…