Hit ‘play’ before reading on for full effect… 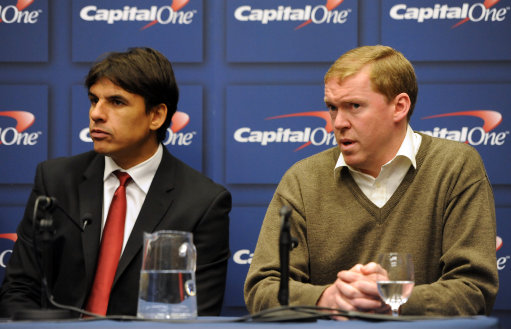 “She says her name is Steve, and that she can’t remember where she lives”

Chris Coleman is a bloody hero. Got that? He-ro. The Wales manager has been thanked by police after he helped rescue an elderly woman who had been reported missing from her home.

Apparently Coleman was driving through the Welsh town of Haverfordwest when he spotted the old lady at the side of the road, confused and in danger of wandering into traffic.

Coleman then pulled over and asked the lady if she was okay, only for it to transpire that she was lost and couldn’t remember where she lived – it was also later revealed that she’d been reported missing earlier that day.

The man they call Cookie then drove her around town in the hope that she’d remember her way home and, when that proved fruitless, he phoned the local police station and waited with her until an officer arrived and took her home.

Coleman told This is South Wales:

“I noticed the lady at the side of the road – she seemed very disorientated and distressed. I asked if she was okay and she said she was lost.

“I got her in the car and we drove around a bit to see if she could remember where she lived but she couldn’t. I rang my colleagues and asked if they could contact the police.

“When we met with them she had nice cup of tea and thankfully the police were able to return her home safely.She had already been reported missing, so I’m just happy I was able to help her.”

“We would like to thank Mr Coleman for his assistance with a vulnerable member of the public.

“We fully appreciate he was travelling to an engagement during his busy schedule. But he still took time to ensure the safety of someone who was in need of help.”

Anyone else seeing certain allegorical parallels between Coleman’s old lady heroics and his day job?