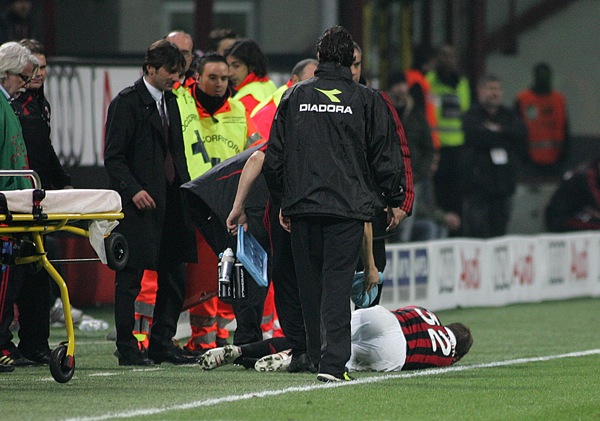 The injury will keep Becks out of action for at least three months, after which time he may start running again, but there’s no chance he will be fit enough to be considered for selection for the World Cup.

It’s a bitter blow for Beckham, who was gunning for his fourth World Cup, and despite many opinions to the contrary, I think it’s also a big blow for England. No one should underestimate the impact Beckham might have made as a supersub (from dead balls alone, of course), not to mention the value of his experience and stature to Fabio Capello’s squad. And with Aaron Lennon – Capello’s first-choice right-sided midfielder – also struggling to be 100% fit in time for South Africa, Beckham’s injury is shitty news indeed.

After everything Beckham has done for his country – not all positive, admittedly (playing a major role in the creation of football’s shallow, WAG culture, for one) – he deserved another shot at World Cup glory. Get well soon, Dave.