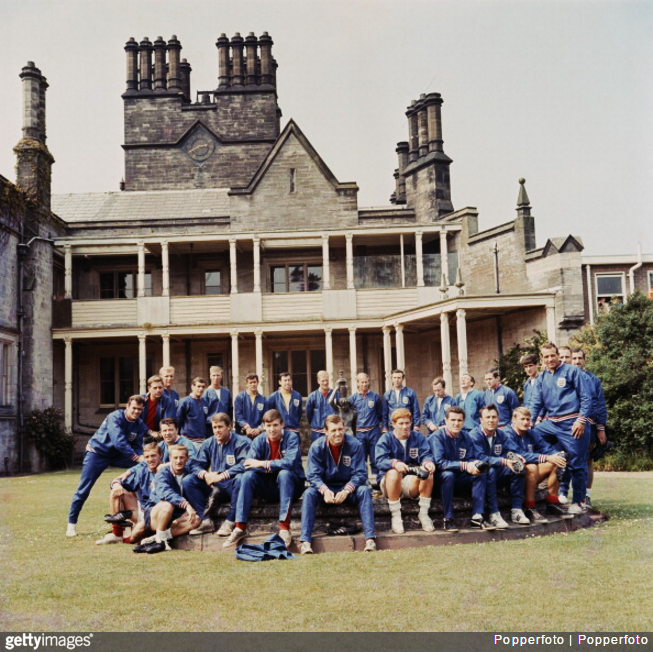 England’s World Cup squad and staff pose together outside the National Recreation Centre at Lilleshall, June 1966

Five months before England won the World Cup against West Germany at Wembley, the two teams first played each other in a dry-run friendly at the same stadium on 23rd February 1966.

The England line up featured nine of the players who would go on to lift the Jules Rimet trophy that summer. Those nine were as follows…

So, as a noggin-scratcher of a pub trivia teaser, we ask you – who were the two players who took to the field in the friendly but didn’t take part in the World Cup Final?

And, for an extra bonus point, can you name the two players who replaced them in Sir Alf Ramsey’s World Cup-winning XI?

Reckon you’ve got it? In the February friendly, Keith Newton and Norman Hunter completed the line up.

England went on to win 1-0 thanks to a single goal from Nobby Stiles.

However, in the final they were replaced by Ray Wilson and Martin Peters.

England won that one too, as far as we recall.