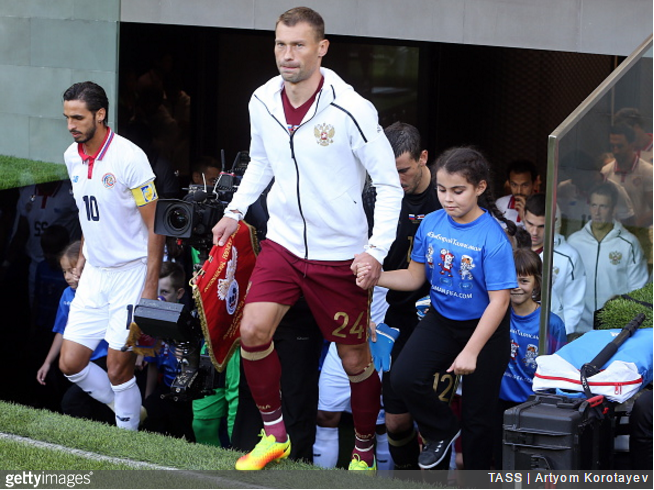 Sunday was a special one for Vasily Berezutski as the veteran Russian defender brought up a century of appearances for his country in a friendly against Costa Rica.

Unfortunately, Berezutski wasn’t able to mark the occasion with a victory as Costa Rica went on to win 4-3 in Krasnodar. In fact, the 34-year-old centre-back’s big day transpired to be something of a farce.

According to Sports.ru, the Russian Football Union (RFS) were planning to honour Berezutski with a small ceremony at half-time but hastily pulled the plug when he went and scored an own-goal just seconds before the break.

During the opening stages of the match, the RFS announced via their official Twitter account that they were planning to surprise Berezutski by presenting him with a commemorative medal at half-time.

However, they quickly deleted the Tweet when Russia went on to concede three goals in the latter stage of the first half, finished off by Berezutski’s own-goal. Funnily enough, no ceremony took place as the RFS decided to spare the guy his blushes.

The hero of the hour then went and capped his glorious centenary by conceding the 91st-minute penalty from which Costa Rica scored their winning goal.

Ouch. Football really can be a ruthless bitch sometimes.