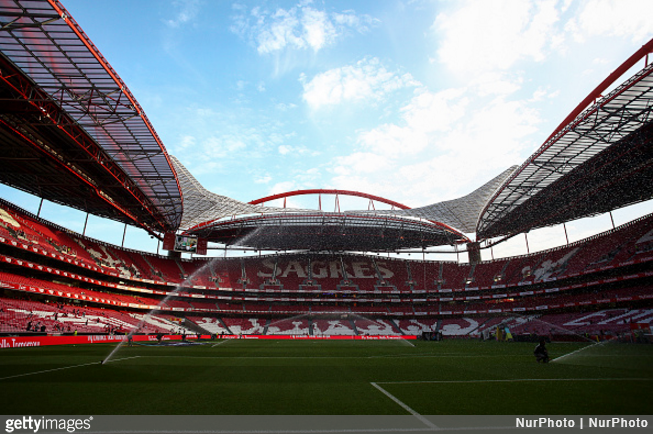 Benfica are currently in the midst of an ongoing investigation into alleged corruption at the Lisbon club.

Among many things, Benfica have been accused of ‘spying’ on the phone of Fernando Gomes, the president of the Portuguese Football Federation.

The accusations were levelled by Porto’s communications director, Francisco Marques, who, according to Record, claimed to have seen an email exchange sent between Benfica executive Pedro Guerra and Carlos Deus Pereira, the former president of the LPFP (basically, the Portuguese equivalent of the Premier League board) during which the latter provided the former with ‘content’ from Gomes’ text messages.

Marques also divulged an altogether more interesting email sent by Guerra “with the endorsement” of Benfica president Luis Filipe Vieira to a Dr Armando Nhaga of the National Police Commission of Guinea-Bissau which appears to reveal that the Eagles spent an awful lot of money procuring what can only be described as ‘witchcraft’.

Guerra reportedly contracted Dr Nhaga to work his magic ahead of Benfica’s big Champions League tie against Borussia Dortmund back in February.

As per DN‘s report into the matter, Dr Nhaga’s price list was as follows:

€10,000 – Victory in every match of the Champions League group stage

€30,000 – Win every game to eliminate the Champions League

€1,000 – Victory in each match of the Portuguese Cup or League Cup

€5,000 – Victory in the Portuguese Cup final or League Cup final

However, a few days later Benfica got spanked 4-0 by Dortmund, prompting President Vieira to send another email to Dr Nhaga to ask what had gone wrong.

Nhaga duly replied, explaining that his sorcery had failed because he wasn’t given enough time to prepare properly.

Whoever was dealing with it did not do it in the right moment. The Master in Lisbon waited for the communication and when they did, it was late.

Who knew systemic corruption could be so gosh-darn entertaining?