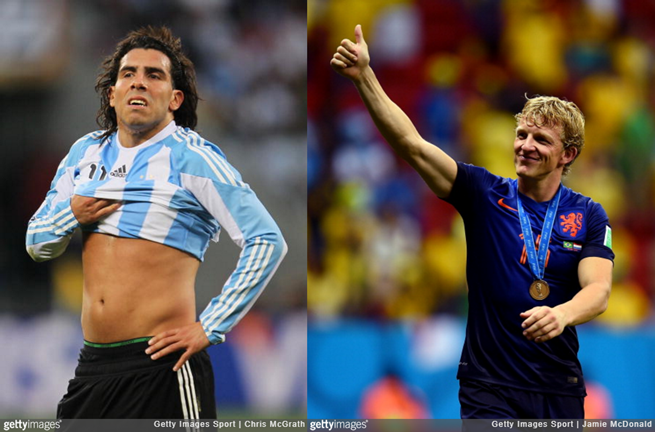 Fancy Bears, the cute-as-a-button Russian hacking group responsible for publishing the medical records of many high-profile athletes, have leaked several documents pertaining to the drug testing conducted at the 2010 World Cup in South Africa.

The leak names 25 players, including Carlos Tevez, Mario Gomez, Dirk Kuyt and Gabriel Heinze, who were all allowed to use banned substances at the tournament as part of Therapeutic Use Exemptions (TUEs).

The Bears also claim that 160 professional players failed drug tests in 2015, four of which were registered by the UK anti-doping authorities – three for cocaine and one for ecstasy…

The Fancy Bears released the following message, along with links to three downloadable documents:

Greetings citizens of the world.

You can have a look at WADA documents revealing that more than 150 players were caught doping in 2015. The next year this number increased up to 200 athletes.

Today Fancy Bears’ hack team is publishing the material leaked from various sources related to football. Football players and officials unanimously affirm that this kind of sport is free of doping.

Our team perceived these numerous claims as a challenge and now we will prove they are lying.

Of course, this all sounds far more dramatic that it actually is, with most of the players mentioned above using TUEs at the World Cup to take prescribed medicines in controlled doses for pain relief and anti-inflammation (Tevez, Heinze), toothache (Kuyt) and asthma (Gomez).

That said, it does appear that there are a lot of asthmatic footballers out there, and many more needing corticosteroids to get by.

The underlying issue is that football claims to be a clean sport, which it is clearly not. It’s entirely plausible that players are actually using TUEs they don’t need, thus making them performance-enhancing substances by their very nature.

If any of this comes as a shock to you, then Pies would certainly like a toke of whatever magical oblivion-inducing vegetable matter you’ve been chuffing away on for decades.