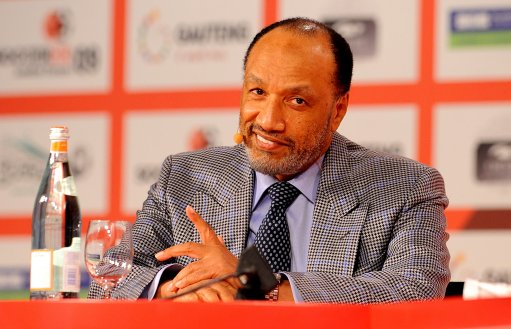 Would you trust this man?

FIFA ExCo member and grand high wizard of the Asian Football Confederation Mohamed Bin Hammam has called for FIFA president Sepp Blatter to stand from his post, claiming that 35 years in the job may – just may – have left ol’ Unkie Sepp susceptible to the odd bit of corruption hither and thither.

“Everybody is going to accuse us today as corrupted people because maybe people see Mr Blatter has stayed a long time at FIFA.

“Thirty-five years in one organisation is quite a long time. No matter how clean you are, honest or how correct you are, still people will attack you. You are going to be defenceless.

“That is why I believe change is the best thing for the organisation.”

It should come as little surprise that Bin Hamman’s coincide with growing speculation that he is preparing a challenge to Blatter for the FIFA empire at the next election in June.

However, he has refused to be drawn on the subject:

“I have not made up my mind yet, I would rather wait and see. I’m actually seeking to see competition within FIFA for the post.

“Competition is the best way to make the organisation vibrant and alive.”

I think you’ll find the best way to keep the FIFA council ‘vibrant and alive’ (quite literally) is by bandying around swathes of unmarked cash to be set aside for ‘personal projects’.