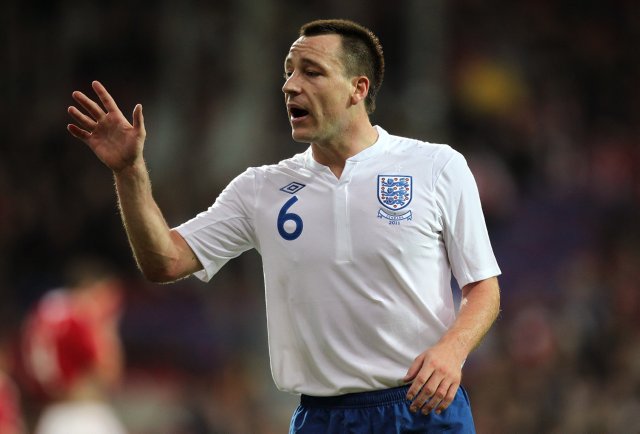 After a week of faffing, the FA and Fabio Capello have announced this evening that John Terry has been reinstated as the England captain on a permanent basis.

“After one year of punishment, Terry will again be the permanent captain. I think one year’s punishment is enough.

“When John played without the armband, every time he was a leader on the pitch, a leader in the dressing room –  he was really good every time.

“Always he is the same. He is a player that is himself a leader. This is really important. He is the biggest personality in the dressing room.

“Sometimes the leader can make mistakes – not only him but I, you, all the people. It is not a risk making Terry captain again. He understood the mistake and he learnt from his mistakes.

“He will be a very important captain for us because when I choose him, I know he is a leader. I also think the players will be happy. I think so. They respect John Terry as a leader, absolutely.”

Capello also confirmed that he intended to meet usurped skipper Rio Ferdinand at Old Trafford last Wednesday in order to take him through the decision personally, but that Ferdinand made it clear he ‘preferred not to meet him’.

As for ol’ Teflon John, looks like he’s come up smelling of roses…again.