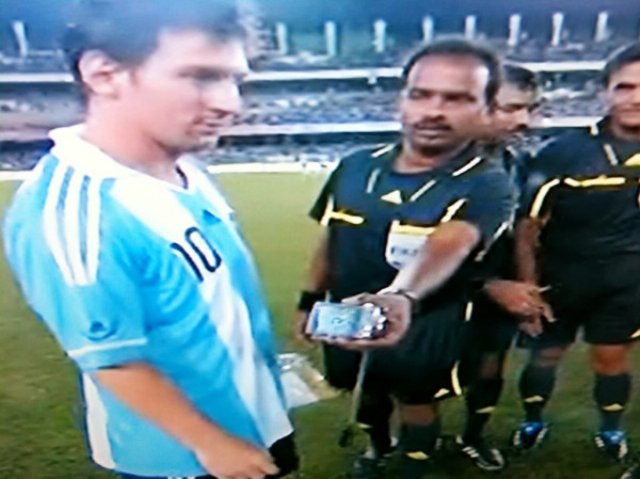 As you may or may not be aware, the Argentinian national side are in India as we speak to play a friendly against Venezuela, a game which has drawn a sell-out 120,000 crowd to the Yuba Bharati Krirangan Stadium.

As you can probably imagine, the pre-game hype has been largely centred around one man – as if you need telling who – and the fact that one of the Indian officials was prepared to smuggle his camera into the centre-circle in his pocket for a cheeky snap of said man is a fairly good indication of the hero worship on show in Calcutta at the moment.