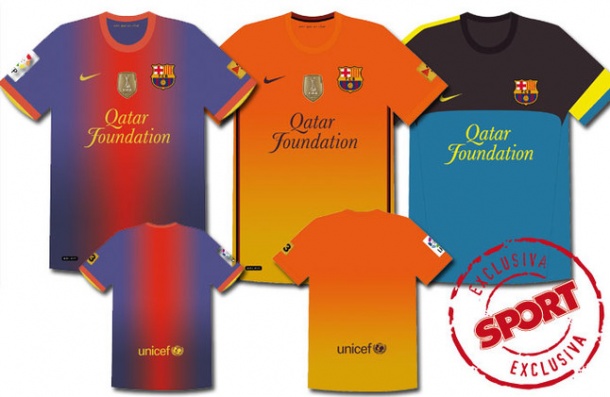 A couple of days after Spanish site Sport.es reported that they had received exclusive mock-ups of the fairly hideous designs for Barcelona’s new kits for next season (above), designs which look suspiciously like they may have been drawn up using the colour fade tool on Corel Draw 3.

However, Todo Sobre Camisetas – who have a fairly high hit rate on these kind of things – have since come into possession of a leaked photo of the supposed new shirt and it looks like Sports’ sketches aren’t far wide of the mark… 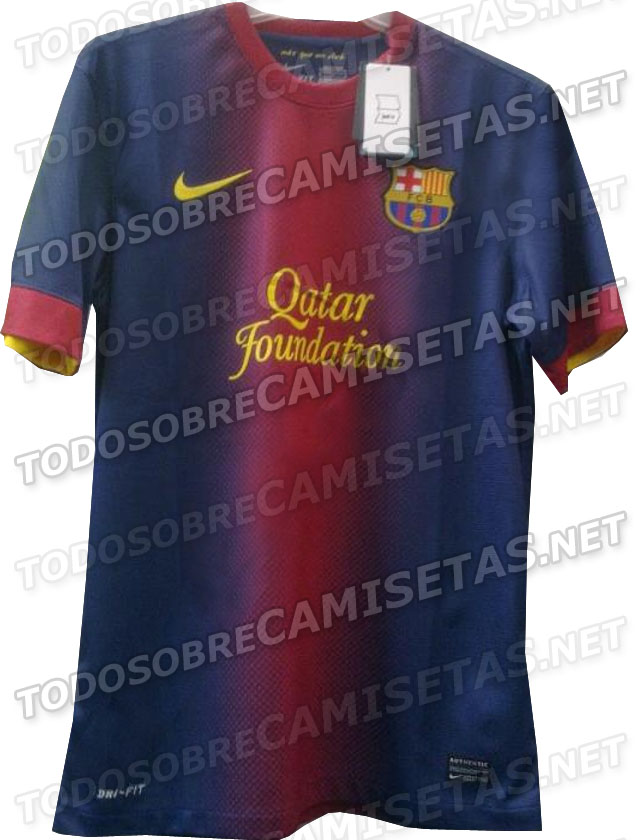 Obviously, there’s always going to be a certain amount of doubt when it comes to these leaks – but it’s safe to say that, if this turns out to be the new Barca strip, then they’ll be playing in something that looks like it was bought from a knock-off market stall in Tenerife. Not nice.

Any thoughts folks? Yay or nay?