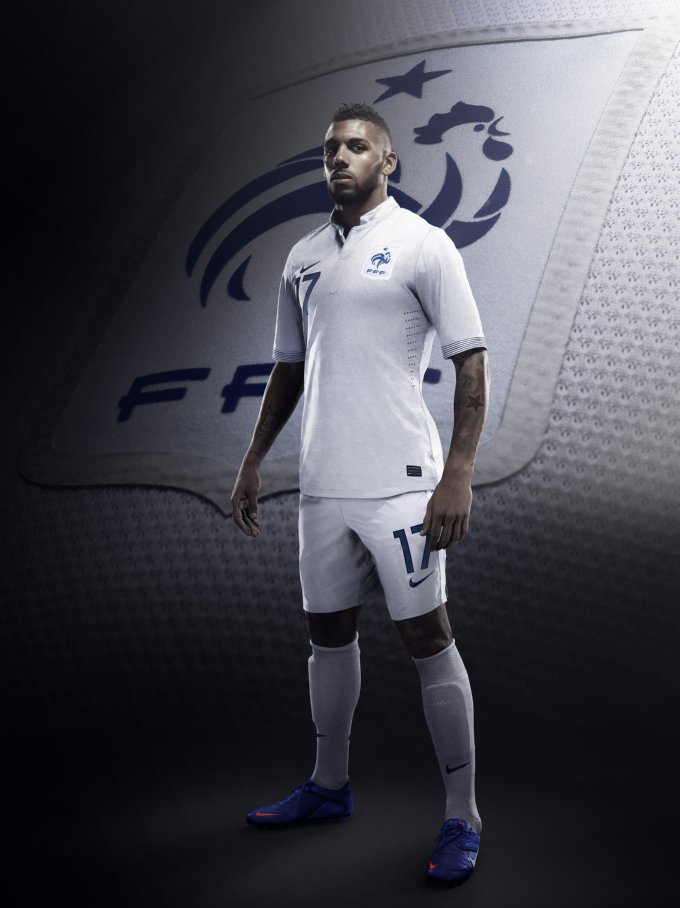 Seems like it’s the day for it, with England rolling out their new home strip for Euro 2012 this morning and Holland set to follow suit later tonight (we’ll have photos as and when). Sandwiched in the middle like a slice of jambon comes France’s new away kit – a classy, all-white affair from top to bottom.

We gots a few photos of the kit right here…

The general consensus seems to be that Nike have gone off the boil of late when it comes to their kit designs, but this here is proof that when they get it right, the get it R. I. G. H. T.

It’s simple, with a white and navy design based once again on the famous French ‘mariniere’ jumpers and, while it’s bordering dangerously on looking like pyjamas, it’s just classy and elegant to avoid looking skimpy. You can’t help but feel that Nike would make one unholy mother of an awesome Real Madrid kit given the chance.

Also, those who remember the Gallic showing at the 2010 World Cup will no doubt ay’ a wee chuckle at the motto given pride of place in the back of the collar.

Right, that’s all she wrote. You know the drill by now folks, rate and/or slate away!