We have it on fairly good authority that these are the shirts that Manchester City are going to set about defending their Premier League title in next season – the home strip being predominantly two-tone, in sky blue (though a duller shade than previous) and black while the vintage-style away strip is burgundy in a nod to the shirt worn by City in the 1956 FA Cup Final and sadly not the classy maroon affair from 1989/90… 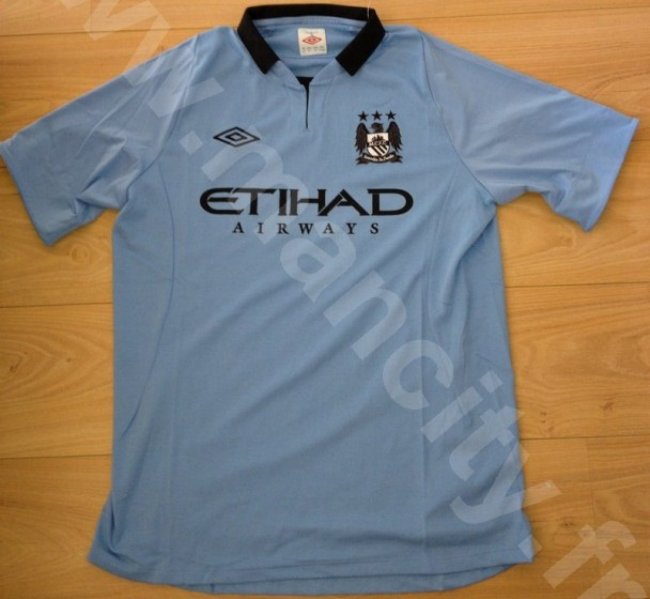 Yep, we like. We’re not overly blown away by them, but it looks like City have got themselves a pair of fairly classy (if a little plain) shirts to play in next season – which is more than you can say for the poor sods over at Barcelona.