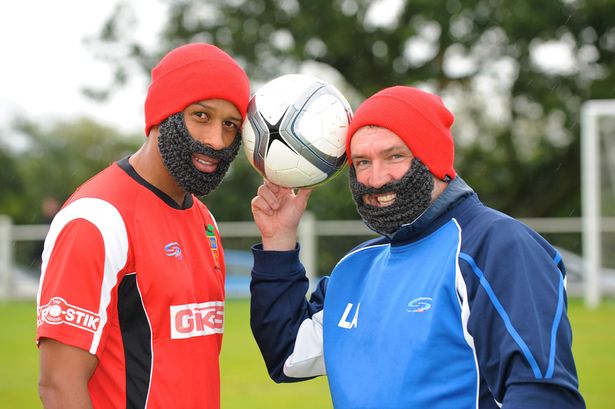 Northern Premier League side Kendal Town FC have signed a frankly ridiculous sponsorship deal that will see the players having wear fake beards at all times – training, travelling and warming-up.

Kendal have signed a deal with US firm Rosetta Trading, who produce the ‘Beard Beanie’ – a woolly hat with a knitted beard stitched onto it – which are apparently massive sellers in the USA according to Rosetta themselves. Hmmm.

“Obviously we can’t play in them but we can travel, train and warm-up wearing them. Then we go ‘clean shaven’ at kick-off. We have had all the cracks, ‘missed by a whisker’ and ‘close shaves’.

“We have had some funny looks but we love them. This was one of our most unusual photo-calls ever and certainly not something you see every day on the soccer pitch.”

Interested in snagging yourself a genuine Kendal Town Beanie Beard? Of course you are!

The good news is that they’re on sale THIS MORNING at the club’s coffee morning at Kendal Town Hall until midday and, while you can’t really put a price on this kind of elegance, a KTFC Beard Beanie could be yours for the entirely reasonable price of £20 (R.R.P £30).