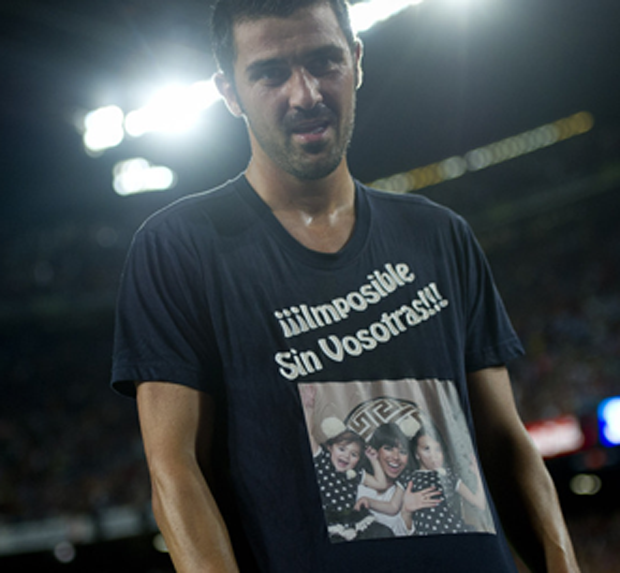 The Spanish Football Federation (RFEF) have seen fit to fine David Villa the princely sum of €3,000 for the heinous act of baring an emotional thank-you message to his family on an undershirt after scoring on his comeback from a broken leg against Real Sociedad at the weekend.

The RFEF classes the removal of a shirt to display any form of publicity, slogan or picture as a serious offence punishable with a fine of between €2,000 and €3,000, and it would appear they are punishing Villa (who was also booked at the time) to the full extent of the law for having the temerity to publicly thank his wife and his little girls for their support during his grueling nine-month injury rehabilitation.

As we’ve said before and will no doubt say again several thousand times: It’s a dumb, completely ineffective law and it needs to be scrapped pronto.