Though the season itself was far from Fiorentina’s finest moment (they were relegated from Serie A for the first time in 55 years after dive-bombing down the table from sitting second behind Milan in December), their 1992/93 away strip was very nearly a wonderful piece of work… 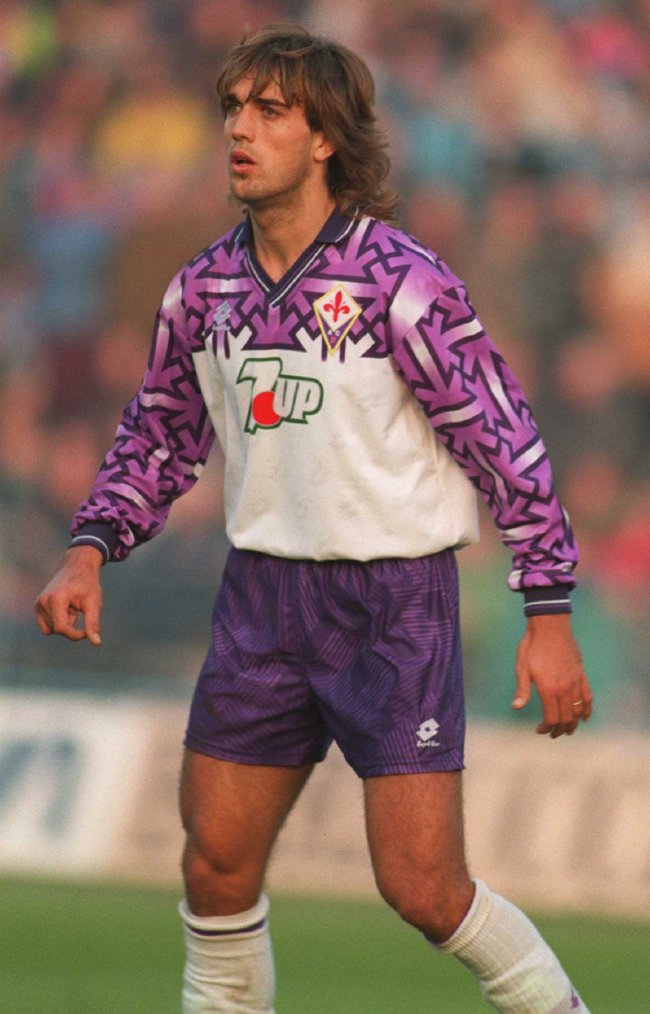 With a relatively reserved design (considering we’re talking about the early-to-mid 90s here!), a cool pop-culture sponsor (pun shamelessly intended) and a Viola-drenched colour palette that was rather pleasing to this young burgeoning Football Italia addict’s eye, Fiorentina’s garb was a joy to behold through innocent, unknowing eyes.

The strip was also graced by a fair few wonderful players, with it draped across the shoulders of the likes of Gabriel Batistuta, Francesco Baiano, Brian Laudrup, Massimo Orlando and Stefan Effenberg over the course of the year.

Sadly though, there was one small, purely coincidental design flaw that rendered La Viola’s change strip a ‘Shit Kit’ – just have a closer look at those abstract zigzags…

Yep, the damn thing was covered in swastikas. It was enough to make Batigol’s hair stand on end every time he wore it… 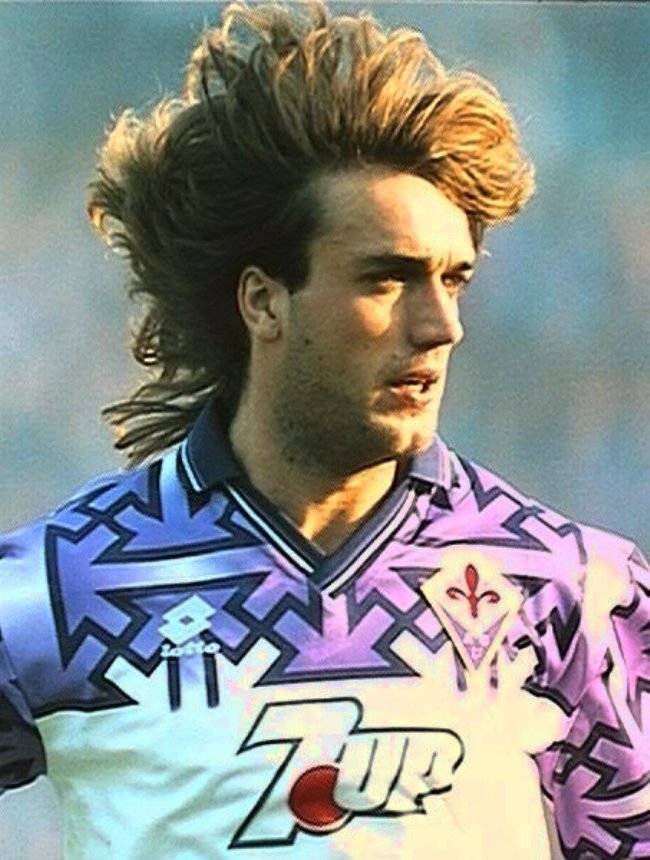 Rumours quickly spread that the club – who were infamous for their fascist tendencies during WWII – had purposefully included the covert symbol into the design, though we personally still choose to believe that the design was purely accidental. Surely.

However, that didn’t stop the shirt being pulled on political grounds, with the club forced into issuing the following statement: “Fiorentina and the manufacturers, Lotto, would like to underline that the optical [swastika] effect is purely a matter of chance.”

Any Shit Kits you’d like to see featured on Pies? Send your nominations to us at waatpies@gmail.com or @waatpies.