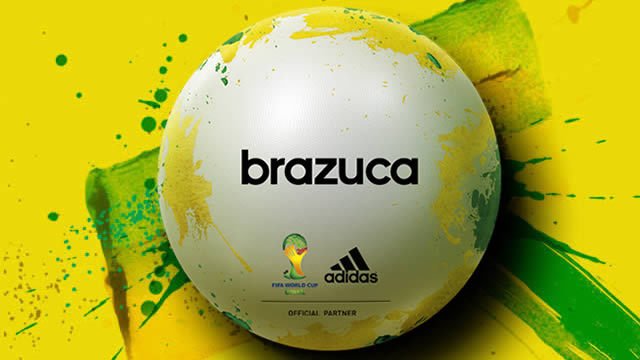 FIFA have announced that the name of the official 2014 World Cup matchball will be the ‘Adidas Brazuca’ after over a million Brazilians voted in a poll run on the FIFA website.

‘Brazuca’ (which is apparently a Brazilian term which refers to the ‘national pride in the Brazilian way of life’) received 70 per cent of the vote, beating ‘Bossa Nova’ and ‘Carnavalesca’ into second and third place respectively.

What you see above is not the ball itself, as the ‘Brazuca’ is still currently under development and not due to be unveiled until 2013.

Tough act following the Jabulani. If memory serves, everybody loved that thing.