Conclusive proof that MLS was firmly behind the curve in football terms around the turn of the millennium, as it would appear that the level of their kit designs had just reached 1993 by European standards.

Take a look at the togs the Kansas City Wizards (now known as Sporting Kansas City) turned out in for the 1999/2000 season for example. 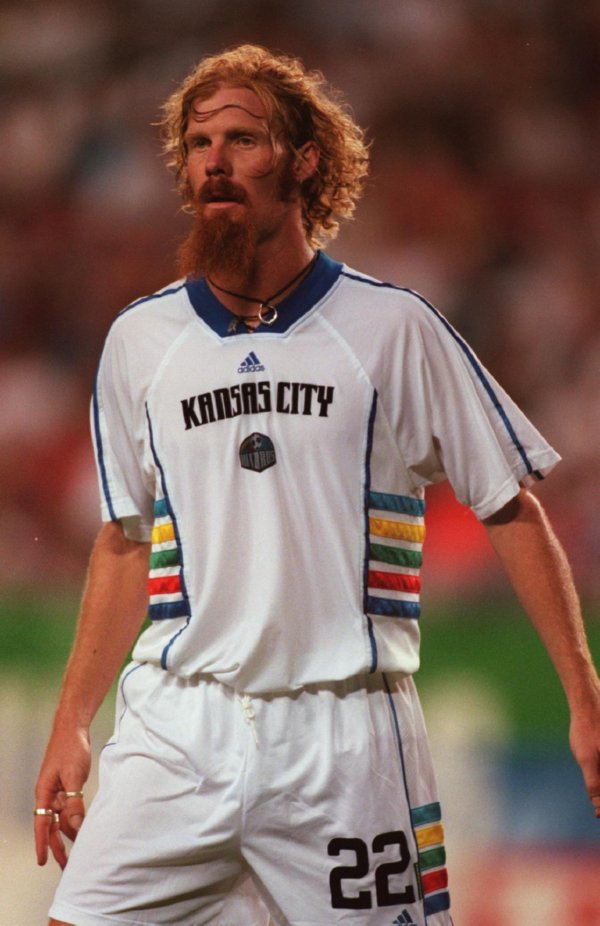 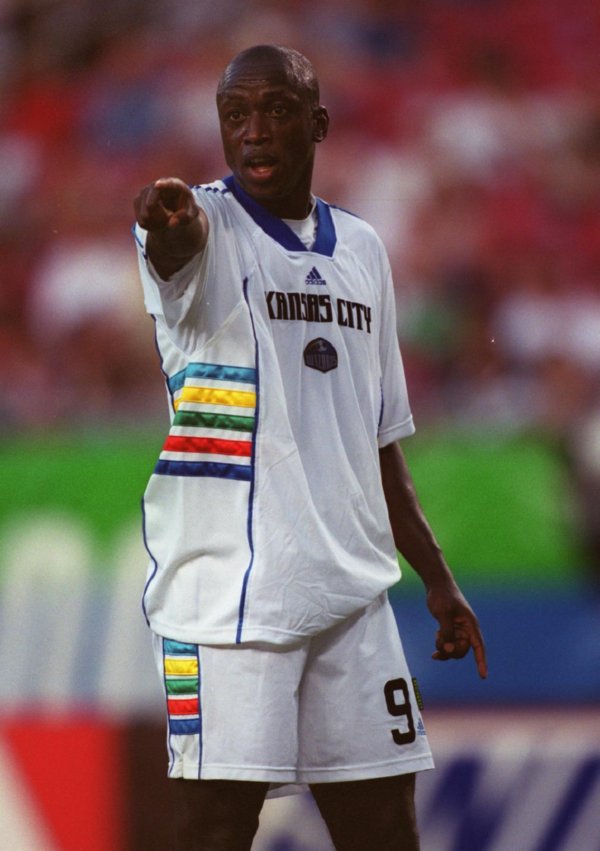 Christ. It looks like a test card. However, if you thought the home strip was bad, get an eyeful of the away effort with it’s totally rad ‘rainbow wave’ detail… 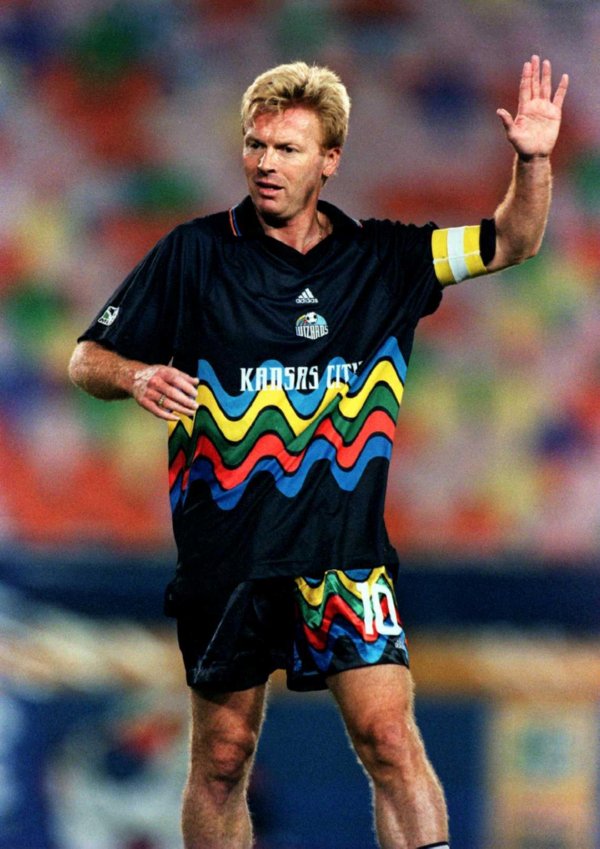 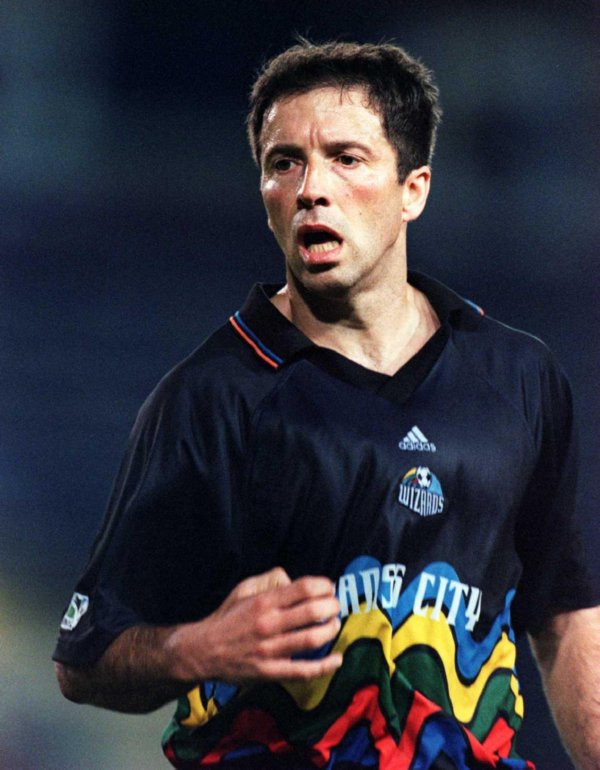 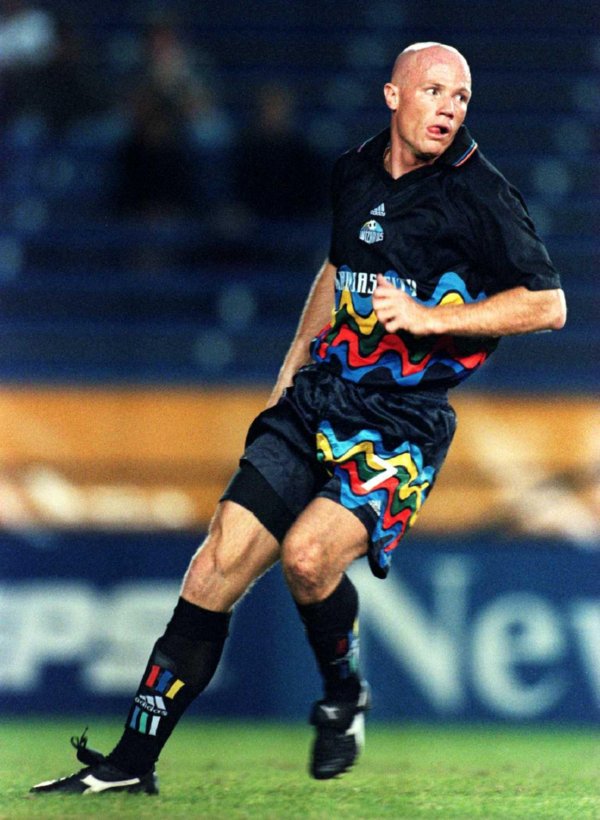 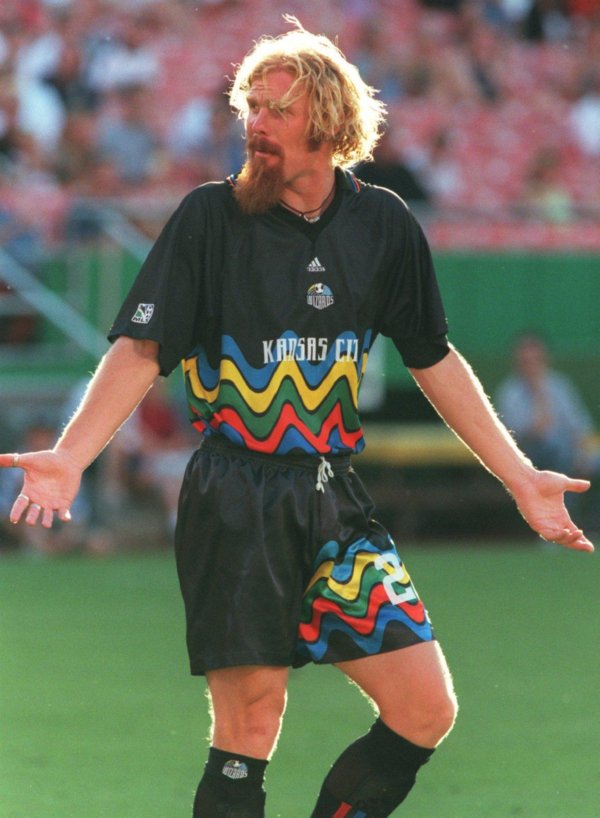 Bleuurghh!! We think Alexi’s “what the hell is this garbage?” expression just about sums it up!

Loads more vomit-inducingly Shit Kits can be found by perusing this here section.