The following image, purported to be the design of the brand new Nike England kit, is doing the rounds today – and it would appear that the new strip will be tied into the FA’s 150th birthday festivities, what with it being entirely white and gold.

There’s no way we can guarantee it’s bob on at this early stage, but feel free to have a gander and see what you think… 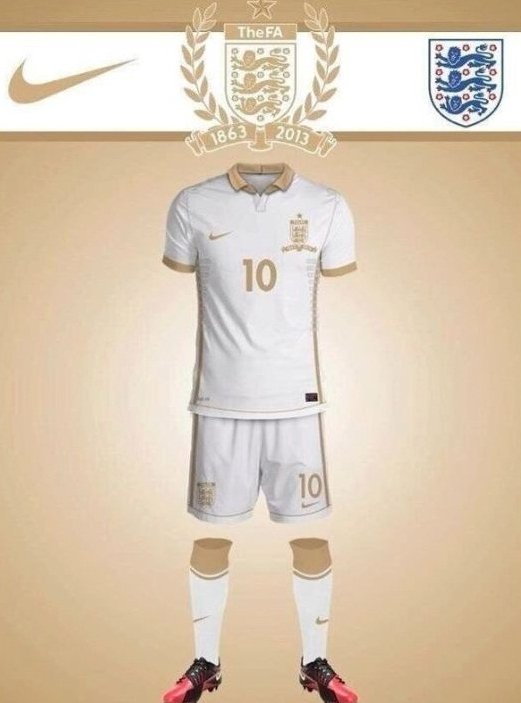 As we say, it’s not kosher but for what it’s worth, we’re not overly enamoured with the strip we see before us. Pies aren’t big fans of the England badge being rendered in one colour (as it is on the current Umbro kit) and there’s just far too much gold going on for our liking.

UPDATE: Yep, just as we suspected; the whole thing’s bunkum of the highest order. The image was taken from a fantasy football shirt design forum. Thanks to Pies regular @Boxy_Woxy for the tip-off.