For absolutely no reason other than we fancied compiling a good old fashioned list today, here’s Pies’ pick of the  XI finest home footballing liveries to be sported in the Premier League since its inception in 1992 – and any clever gits out there who think this was originally supposed to be a ‘Top 10’ and we failed to count properly are WAY WRONG, capiche?

Are you ready Pop Pickers? Then let’s crack on… 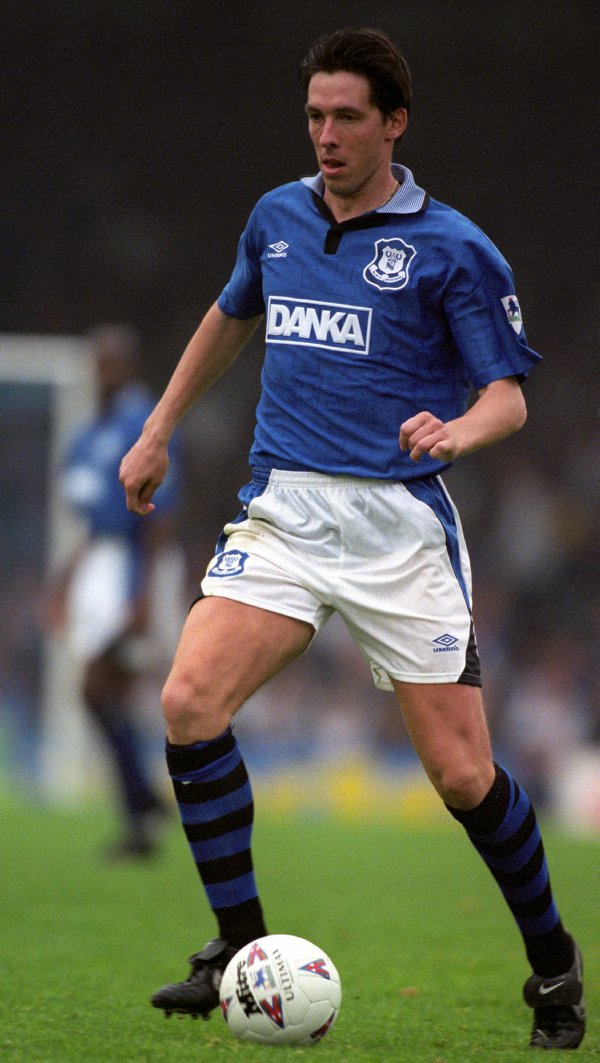 11. Everton, 1995/97: Let’s start with an understated cracker from the Toffees (as modeled here by the late Gary Ablett) which, due to an abundance of jarring elements, shouldn’t really work yet still somehow does. Love the stripey Inter knock-off socks. 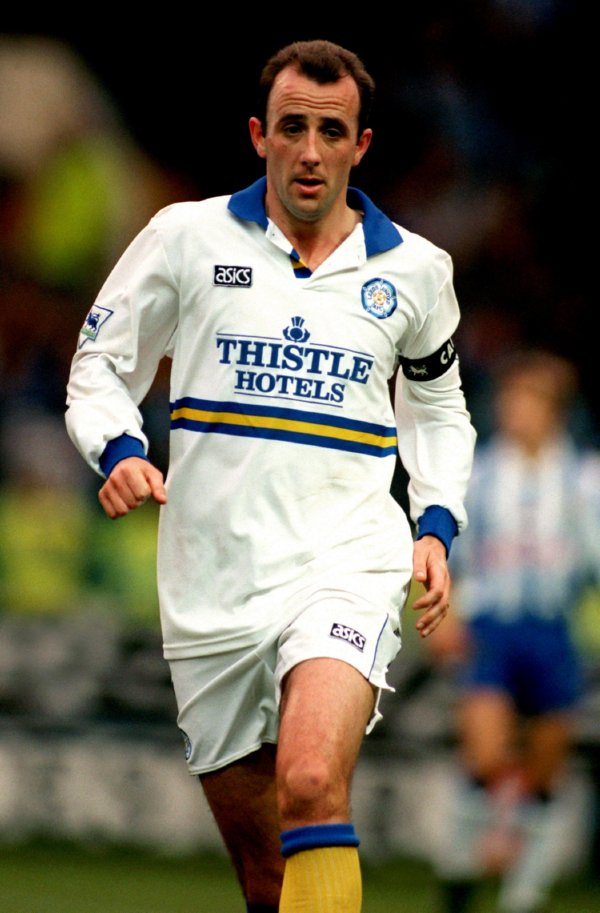 10. Leeds United, 1993/95: It took a real man to look good in knee-high yellow stockings. That man was Gary McAllister. Classic kit from back when Leeds were half-decent. Whatever happened to Asics? 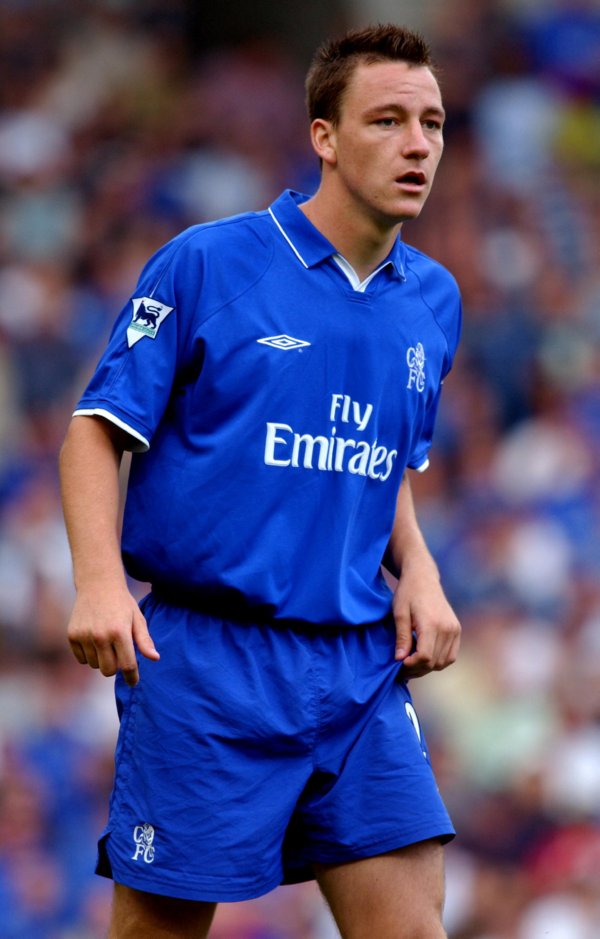 9. Chelsea, 2001/03: Clean, uncluttered, sufficiently blue and one of the last couple of Chelsea kits to feature the club’s far superior old ‘CFC/lion’ badge. 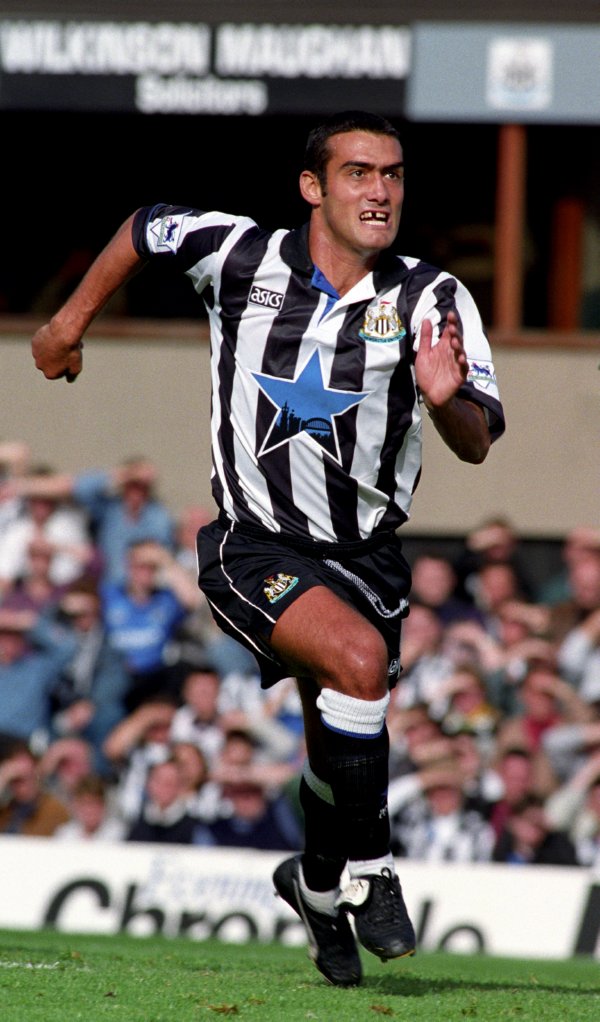 8. Newcastle United, 1992/93: In our bloody important opinion, this is the greatest kit Newcastle have ever worn, though if memory serves the classy Newky Broon blue star disappeared not long after the start of the season to be replaced with the altogether less aesthetically pleasing McEwans lager logo (citation needed). 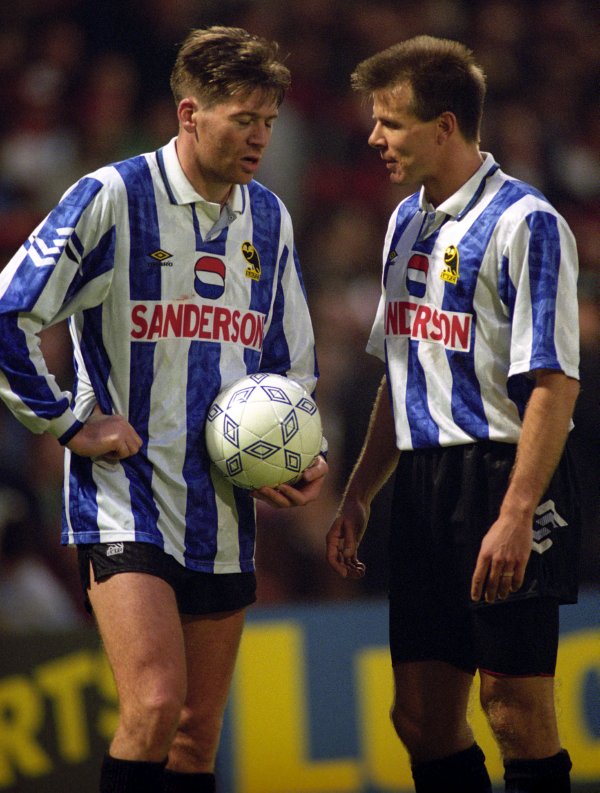 7. Sheffield Wednesday, 1992/93: Lovely kit, though why Chris Waddle insisted on wearing ‘Medium Boys’ size shorts is quite beyond us (and beyond Roland Nilsson if the look on his face is anything to go by!). 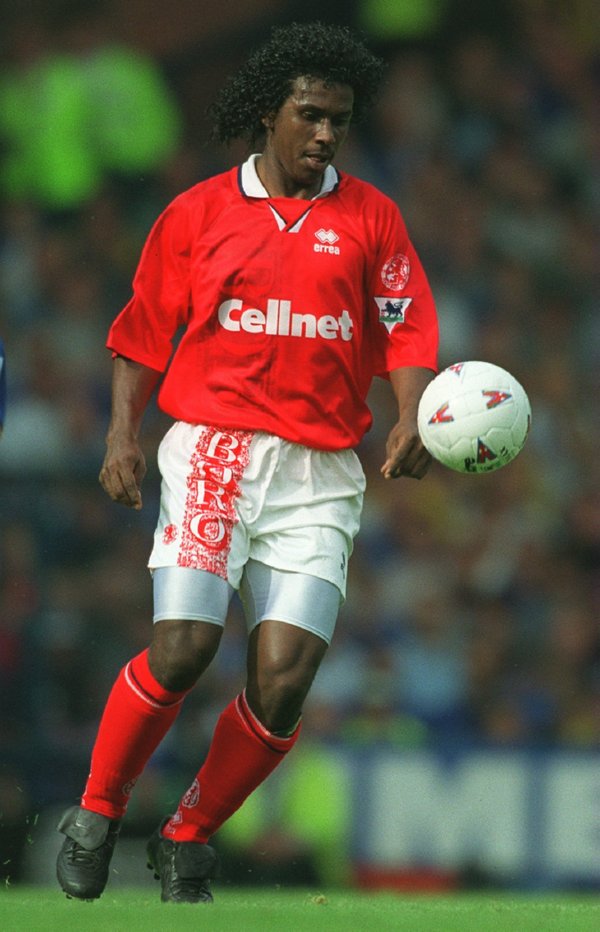 6. Middlesbrough, 1996/97: Never mind the glossy bubble perm – those my friends, are the shorts of champions. 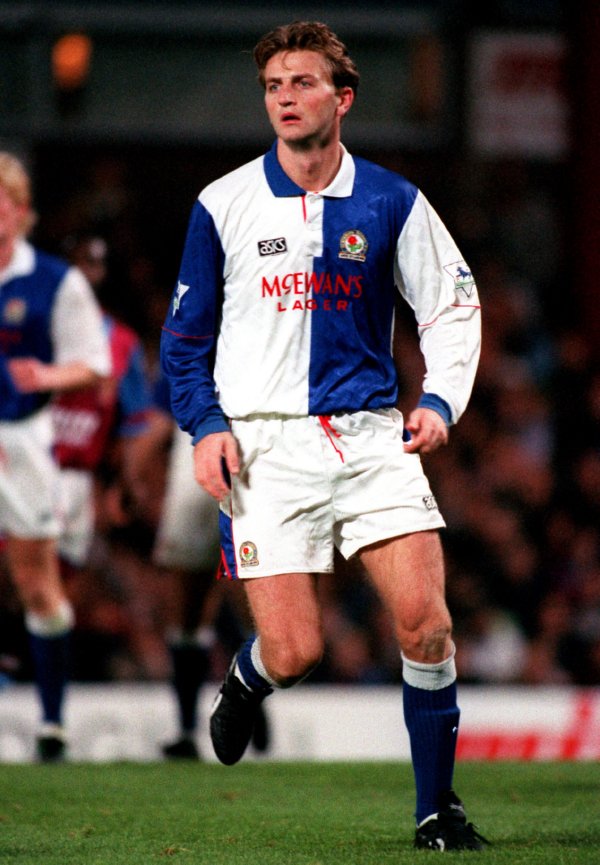 5. Blackburn Rovers, 1992/93: After a brief flirtation with a dangerously pale blue half-and-half shirt the two seasons prior (as modeled here by Kevin Moran), Rovers returned to a more familiar deep blue hue for the first Premier League season and looked all the better for it. 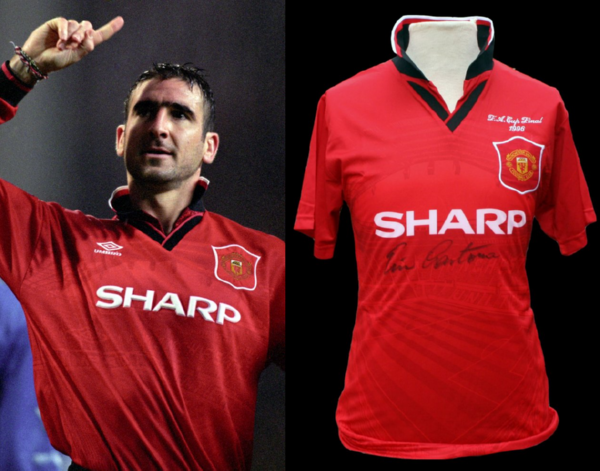 4. Manchester United, 1994/96: United have definitely worn suaver strips over the past 20 years, but the fact that Umbro somehow got the image of Old Trafford into the fabric of the shirt was mesmerising to my young mind. 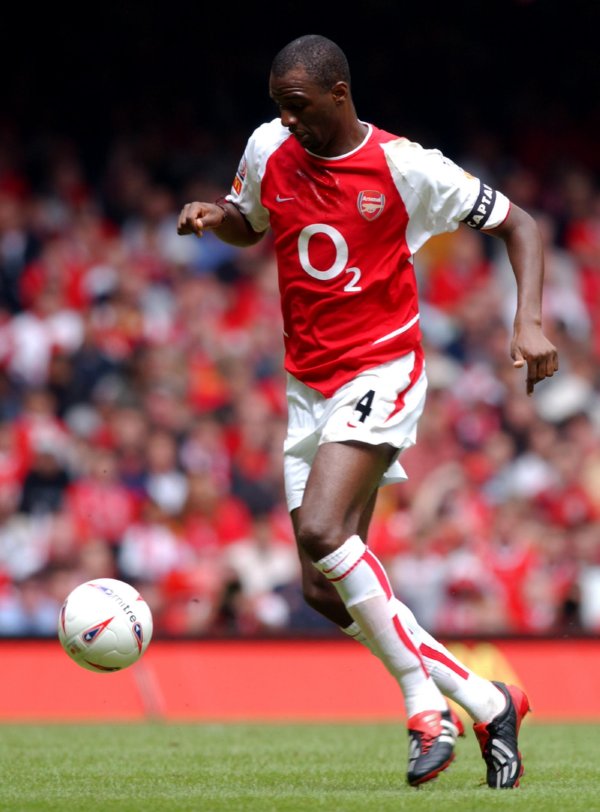 3. Arsenal, 2002/2004: Undoubtedly some of Arsenal’s slightly earlier strips hold much more sentimental value for Gooners, but this edition was a true beaut from a neutral perspective. The Arsenal kit formula is pretty steadfast, but the distilled elegance of the 2002 strip seemed to perfectly mirror the team it adorned at the time. 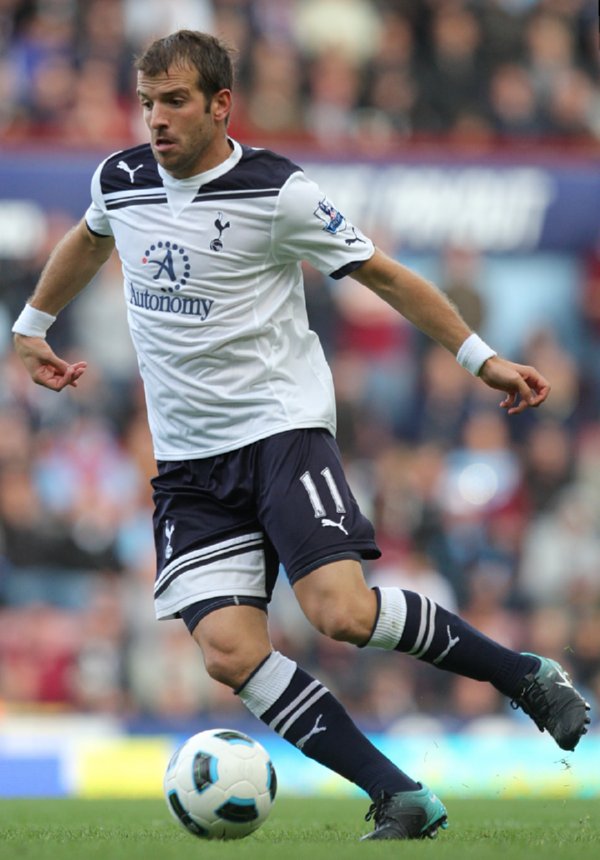 2. Tottenham, 2010/11: This was a bold kit that seemed to split people by and large at the time of it’s grand unveiling, but we really dug Puma’s subtle nod to the 1980s. 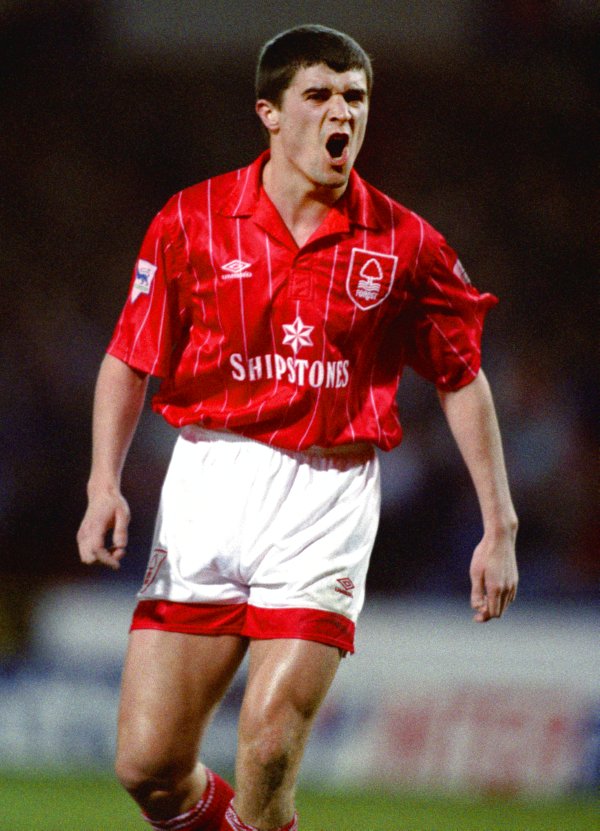 1. Nott’m Forest, 1992/93: Hardly surprising that your humble scribe’s all-time favourite kit should top the list, even if it does bring about memories of Cloughie’s booze-sozzled retirement and his Forest side’s dismal performance in the inaugural Premier League campaign.

Hopefully, we’ll get round to doing away kits next week.