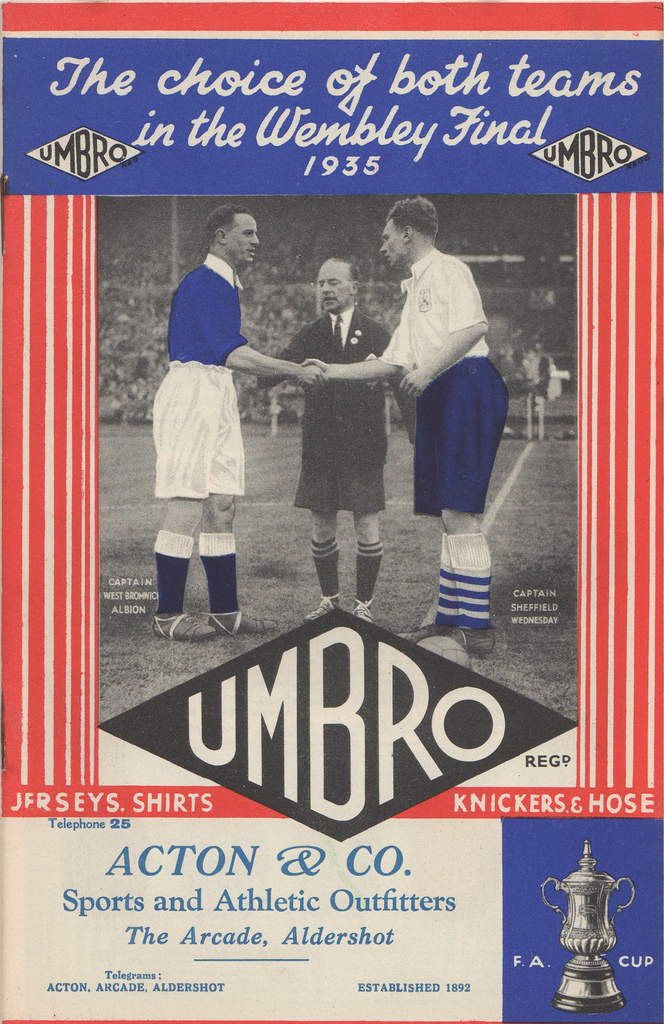 The chaps over at Yank sports uniform-obssessed blog Uni Watch have stumbled across this little beaut and we thought it was definitely worth sharing with a more ‘soccer conscientious’ audience.

What you see before you is the official Umbro kit catalogue from 1935 which lists the Sports and Athletics Outfitters’ entire kit range; from football strips to rugby shirts, boxing shorts, jock straps and various running apparel – including a rather suspect looking adult-sized babygro.

The first image is the front cover and the second is the back cover, which was apparently supposed to be filled in yourself and used as a souvenir keepsake for any big match that took your fancy…

We know for a fact that Umbro did a bloody fine line in gentleman’s knickers back in those days, just ask Man City’s 1935 FA Cup Final team!