It’s not been confirmed, but Spanish paper Sport have gotten hold of the following samples and reckon they are the training kits that Barcelona will wear at Joan Gamper as of next season… 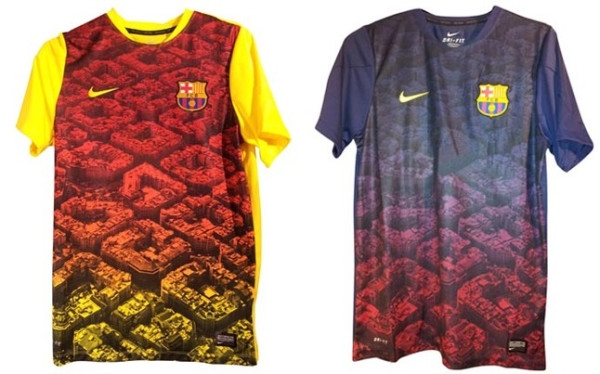 Apparently the kit features an aerial image of the district of Barcelona known as ‘Eixample’ (where the Sagrada Familia is) which, while a nice intention, doesn’t make it okay.

Anyone out there feeling this one?