To mark the 15th anniversary of their revolutionary 1998 design, Nike have produced a special limited edition run of 1,998 individually-numbered pairs of new, re-engineered Mercurial Vapor R9s in an homage to the original boots worn by ‘El Fenomeno’ himself at France ’98… 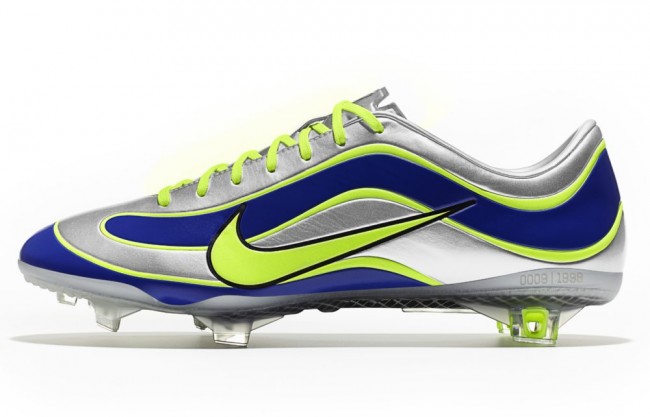 It’s like seeing an old girlfriend again for the first time in 15 years and she’s even more beautiful than you remember – but unlike most of Pies’ ex-girlfriends, they ain’t cheap.