Believe it or not, this is quite a flattering photo of former Boca Juniors goalkeeper Carlos Navarro Montoya, a man who is known as “El Mono”, i.e, “The Monkey” in Argentina for obvious reasons – largely because he looks like the unholy, partially-mutated three-way lovechild of Nick Cave, Mark Knopfler and Wolf from Gladiators.

That said, there’s absolutely nothing flattering about the baggy yellow kit he wore throughout the 1995/96 season which featured, among a cavalcade of assorted eye-blitzing colours and shapes, Montoya himself driving a big pink cartoon lorry on the chest… 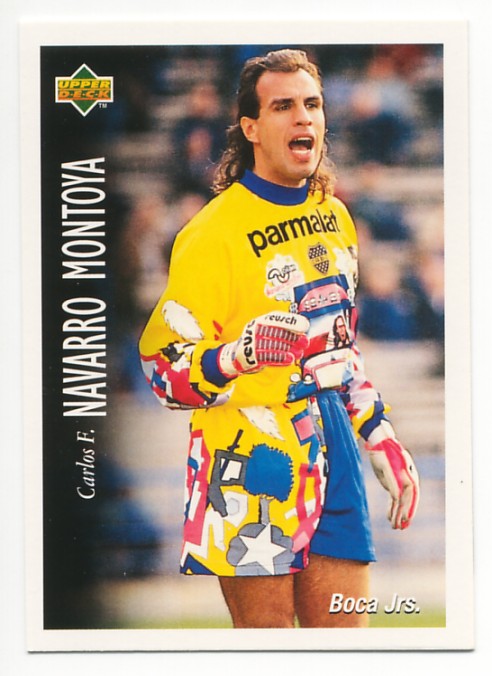 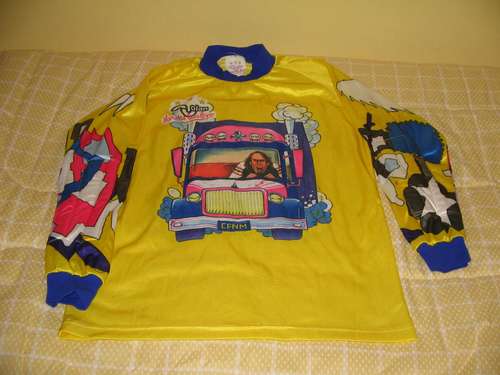 In-keeping with the general style, the socks were pretty rancid too…

Praise the lord, it was also available in white… 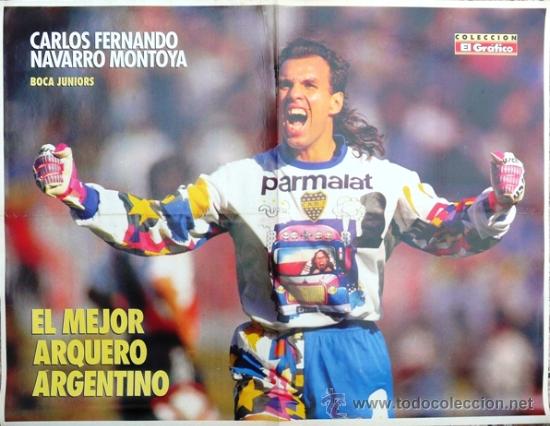