When Ocean launched their Jurassic Park video game in 1993 (the same year the film was released) for some reason they chose newly promoted Ligue 1 side FC Martigues as the only football club whose shirts they wished to adorn with their new product.

The result was this glorious creation… 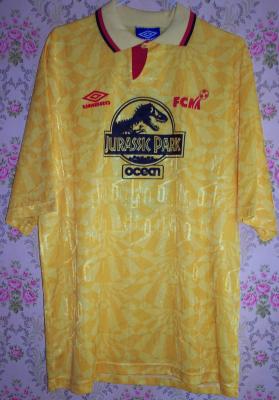 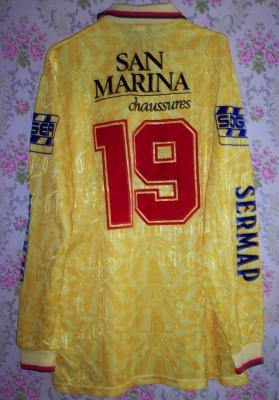 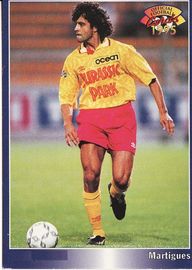 What would Dr Ian Malcolm make of all that? 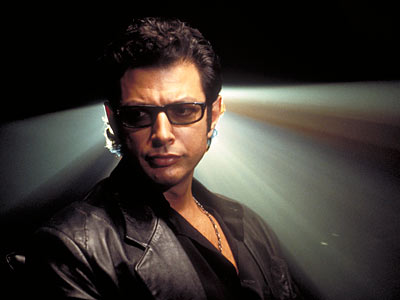 “If I may…um, I’ll tell you the problem with the scientific power that you’re using here, it didn’t require any discipline to attain it. You read what others had done and you took the next step. You didn’t earn the knowledge for yourselves, so you don’t take any responsibility for it.

“You stood on the shoulders of geniuses to accomplish something as fast as you could, and before you even knew what you had, you patented it, and packaged it, and slapped it on a plastic lunchbox, and now…you’re selling it, you wanna sell it. Well…”

“I don’t think you’re giving us our due credit. Our scientists have done things which nobody’s ever done before… “ 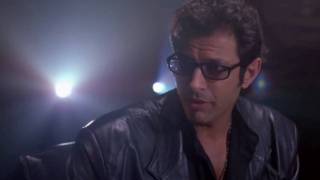 “Yeah, yeah, but your scientists were so preoccupied with whether or not they could that they didn’t stop to think if they should.”

Yeah, probably something along those lines.