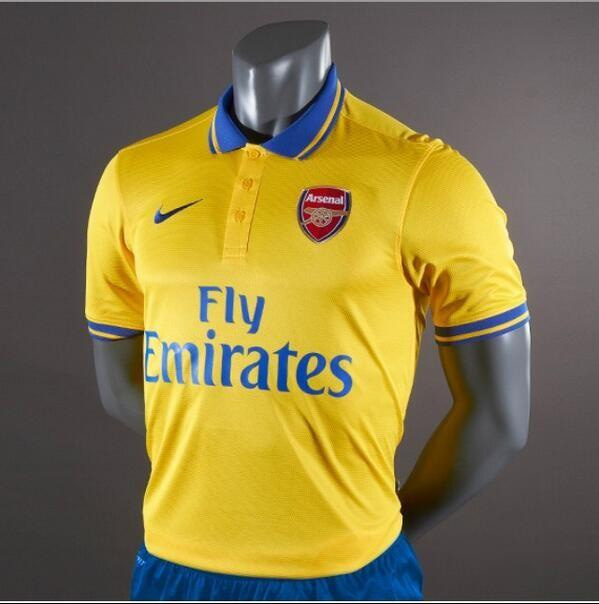 In their final season as Arsenal’s kit suppliers, Nike have, apparently, produced a rather fine away shirt for the Gunners. Reported to be based on ‘The Invincibles’ strip, the away shirt is quite a traditional affair, with a plain yellow top which is sure to get Gooners drooling.

Then again, this may be yet another fake! But if not, what do you Arsenal fans think? Is it more Sol Campbell than Igor Stepanovs? Or maybe more Glenn Helder than Marc Overmars?