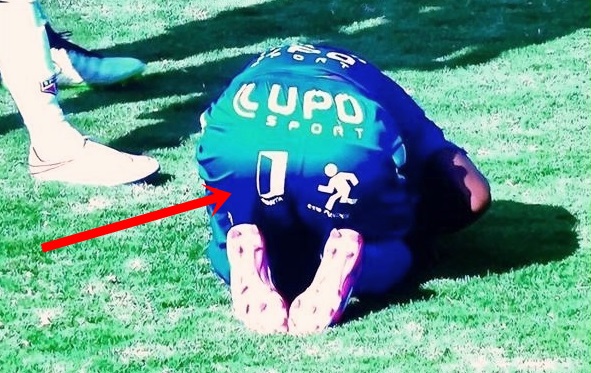 Brazilian club Rio Claro took to the field this weekend sporting the marque of their brand new club sponsor across their kits – well, across the arse of their kits to be precise – for the very first time.

However, eschewing a more orthodox position on the midriff or shoulders of the shirt,  the deal has seen the channel’s logo printed across the back of the club’s shorts instead.

It’s all perfectly deliberate – “Porta dos Fundos”, as you may have guessed by now, translates as “back door”.

Do you see what they’ve done there?