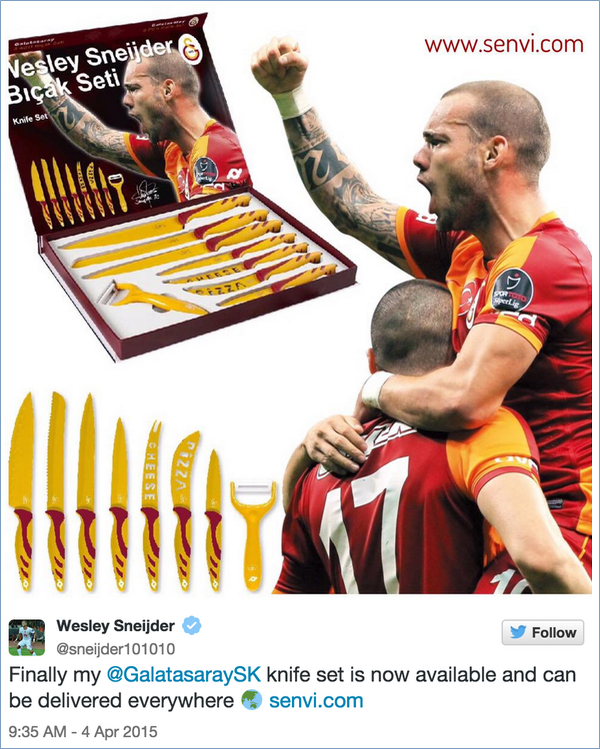 Yes, finally (his words, not ours…) Wesley Sneijder has his own set of personalised, commemorative Galatasaray kitchen knives.

Launched on the 15th anniversary of two Leeds fans being stabbed to death before a UEFA Cup semi-final in Istanbul too.

UPDATE: After being flooded with criticism from aghast Leeds fans, Sneijder has apologised for his Tweet – even going as far as deleting the offending link… 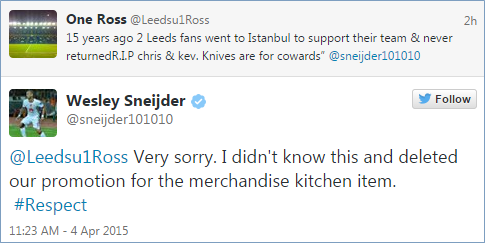