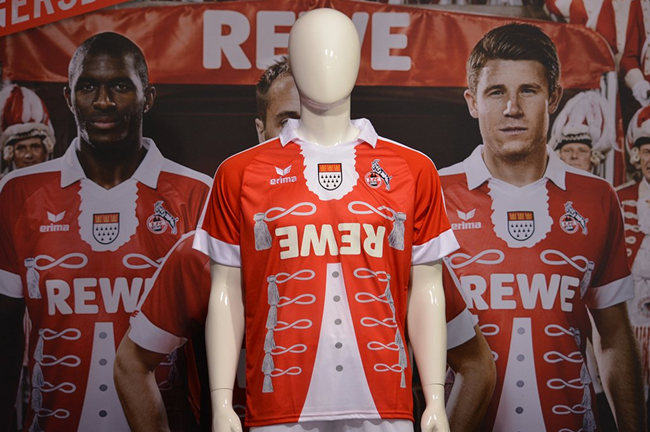 As first revealed back in October, FC Cologne have finally got round to launching their tremendous new ‘Karneval’ novelty kit, complete with imitation tassels and a faux cummerbund.

The strip, an homage to the German city’s famous Roten Funken (Red Sparks) guards, will be worn for the first time during Saturday’s Bundesliga clash with Stuttgart.

Devilishly handsome, and yours for just €90.