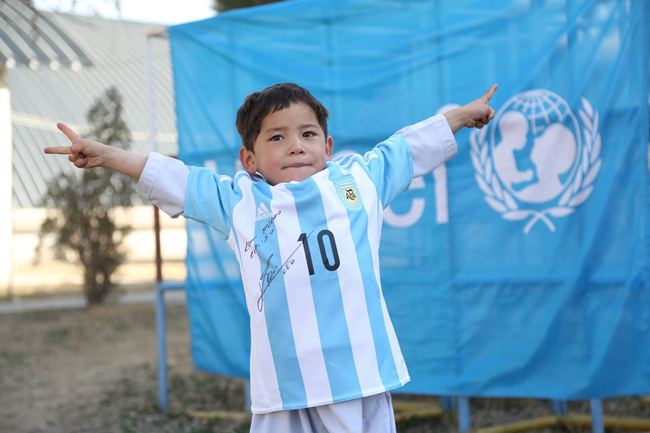 Remember little Murtaza Ahmadi? The little Lionel Messi fan who sparked a worldwide search after being photographed wearing a DIY Argentina shirt with his hero’s name and number scrawled on the back?

Well, after being located in southern Afghanistan and invited to train at the national team’s training complex in Kabul, the five-year-old urchin has just received his first official dispatch from Messi himself.

The Barcelona star and his team are currently in the process of scheduling a face-to-face meeting with Murtaza, but in the meantime they’ve sent him over a gift bundle comprising of several signed shirts and a football.

Come on Leo, get a wriggle on and get those flights booked.