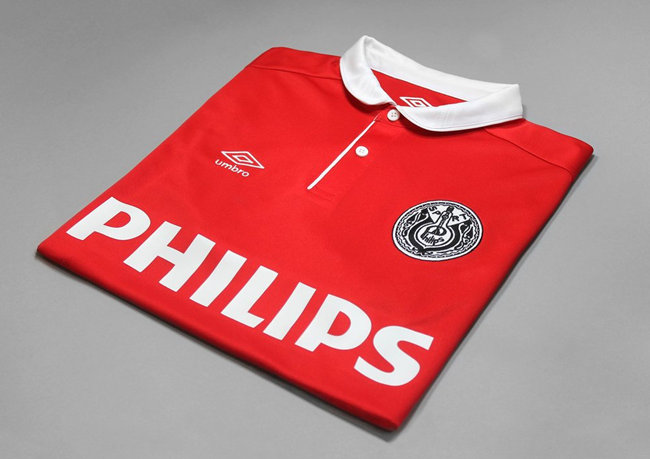 What you’re looking at here is the end of an era. Having been plonked front and centre on PSV’s jerseys since the birth of shirt sponsorship, 2015/16 will be the final season in which the Dutch side take to the field with Philips emblazoned across their chests.

PSV were originally founded as a sports club for employees of the Philips factory in Eindhoven and have had their company named on the shirts since 1982. ‘Synonymous’ is the word.

However, Philips are bringing their long-standing endorsement deal to an end this summer so, to mark the poignant parting of ways, the Eredivisie club have buddied up with Umbro to produce a special commemorative ‘Heritage’ kit.

As well seeing a return to the full red design of yesteryear, the Heritage strip will also feature PSV’s old club crest, as used between 1917 and 1937… 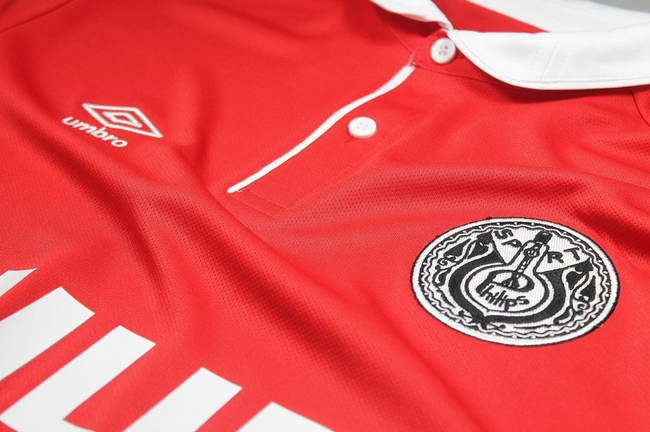 Ain’t she purty? According to PSV’s official site, the plan is to wear it for the last two games of the season as one final farewell.

“We are proud that PSV will play in a special Philips uniform,” said Hans de Jong, CEO of Philips Benelux.

“It’s a special milestone now we are going to fill our sponsor relationship on a new, innovative way.  We will always be involved in ‘our’ club.”

Given that PSV are two points off the top spot with five games to play, they might just win the league while wearing it too.