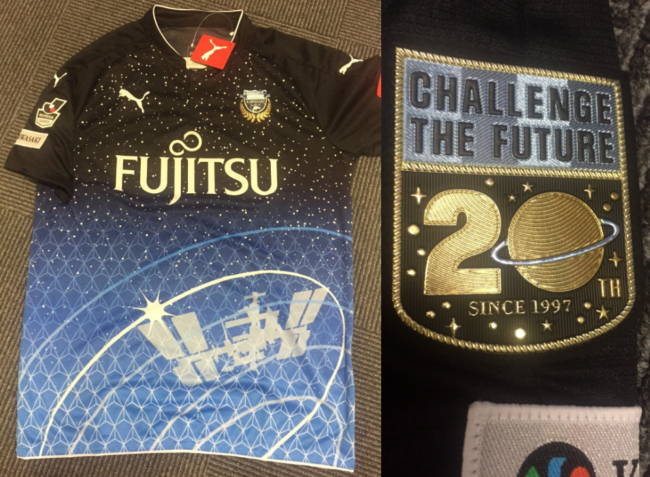 If there’s one thing we know about Japanese football here on Pies it’s that they’re bloody stark raving mad for a bonkers limited edition jersey.

To that end, Kawasaki Frontale have upheld the proud tradition with a stunning new effort for their 2016 offering, which uses ‘space’ as the general theme.

The celestial design, which is being released to celebrate Frontale’s 20th anniversary, features stars and planets and even a giant space station orbiting the front of the shirt.

Perhaps the strangest inclusion of all is the confusing slogan plastered across the inside of the neck which reads, “It’s a piece of cake” – which seems like a very flippant opinion to have of intergalactic exploration.

Back of Kawasaki Frontale 2016 special and the inner neck slogan “It’s a Piece of Cake”! pic.twitter.com/uwP7hfGGDf

Brilliantly odd, not that it should come as much of a surprise.

After all, this is the same club who, last season, decided they were so proud of their new main stand that they released a kit featuring the architectural blueprints.